Spin or pace, Australia ready for showdown vs India 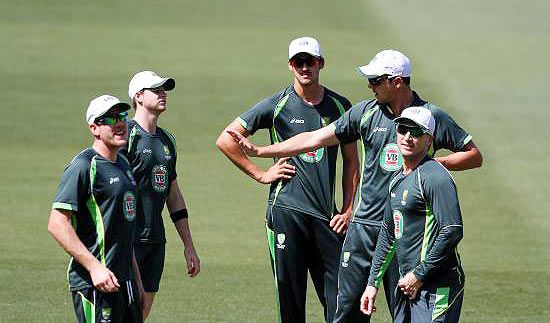 Australian all-rounder James Faulkner insisted that spin will not play as big a role as is being predicted in the cricket World Cup semifinal against India in Sydney on March 26.

While the quarter-final match between South Africa and Sri Lanka saw leg-spinner Imran Tahir and off-spinner JP Duminy share seven wickets among themselves, Faulkner feels that Australia won't be troubled by the lack of spin options during the clash.

"I think they (R Ashwin and Ravindra Jadeja) are world-class spinners and they have done their job for a long time now. But if you see the wicket in South Africa's match against Sri Lanka, it didn't spin and it was quite easy to get hold of," Faulkner said during a media interaction, on Monday.

"We will go in with a different team and we are playing in Australia. We will play our best XI. It depends on the wicket and what is produced on game-day," he added. Faulkner is hopeful that paceman Mitchell Starc would show his skills and swing the ball late into the batsman at a speed of 145-150 kmph.

"I know our boys don't like facing him (Starc) in the nets because of how fast he bowls and is a major threat when is swinging the ball at 140 or 150 kmph back into the batsmen, which is quite tough. That is what he has done so far in the tournament and hopefully he can do that for the semis and then hopefully in the final."

Faulkner was all praise for Starc's ability to bowl yorkers at a great pace.

"It is a fantastic skill that he has got and I know he spends a lot of time in the nets working on his yorker, while bowling both over and round the wicket. So far he hasn't really missed in this tournament so it is a great bonus for us to have him firing at the moment and expecting big things to come in the semi-final."