‘We're aware that people are attempting to operate at venues and they will be detected, evicted and trespassed from all venues’ 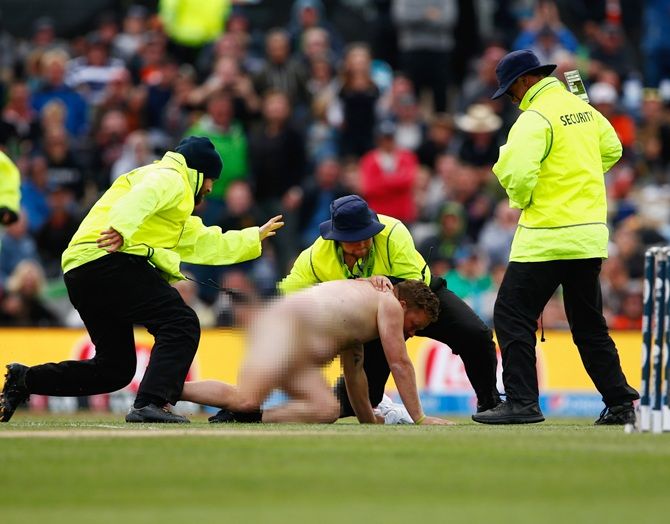 Officials evicted several people from the opening match of the cricket World Cup at Hagley Oval on Saturday after they were suspected of being involved in illicit gambling.

The people were all evicted for the practice known as 'courtsiding', New Zealand Police said in a statement.

The practice is different from match-fixing, which was made illegal under New Zealand's Crimes Act last year, where a pre-determined outcome has been assured. 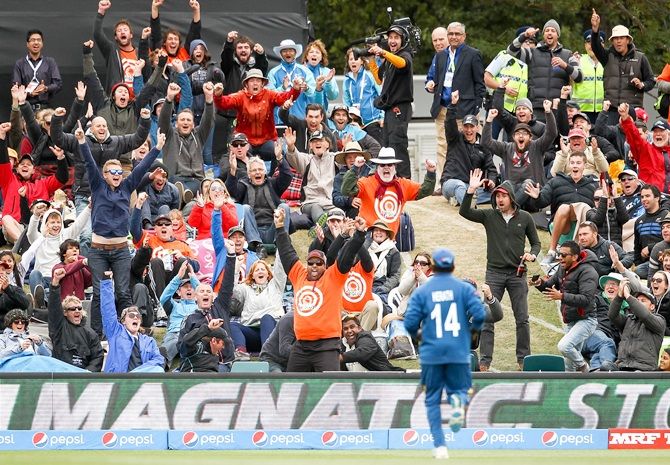 A spectator, centre, holds a one handed catch to win $1000,000 during the 2015 ICC Cricket World Cup match between Sri Lanka and New Zealand at Hagley Oval. Photograph: Martin Hunter/Getty Images

Local media had reported witnessing several people being escorted out of the ground in Christchurch and police later said they had been in breach of the ticketing regulations under suspicion of the practice.

"We know what to look for," the New Zealand Police's officer in charge of the World Cup, Superintendent Sandy Manderson said in a statement.

"We're aware that people are attempting to operate at venues and they will be detected, evicted and trespassed from all venues."

New Zealand beat Sri Lanka by 98 runs in the game, which was largely incident free, though two naked men, known as 'streakers' in New Zealand and Australia, had stormed the field in the final moments of the event.

Both were brought down by security staff before they got close to any of the players and were escorted out of the venue.

© Copyright 2021 Reuters Limited. All rights reserved. Republication or redistribution of Reuters content, including by framing or similar means, is expressly prohibited without the prior written consent of Reuters. Reuters shall not be liable for any errors or delays in the content, or for any actions taken in reliance thereon.
Related News: New Zealand Police, Sri Lanka, Hagley Oval, ICC, Sandy Manderson
SHARE THIS STORYCOMMENT
Print this article 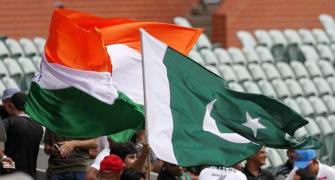 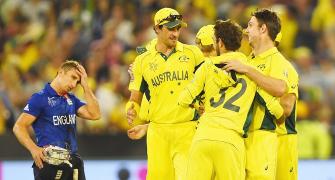 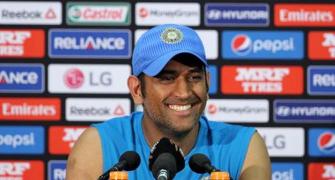 It will be a high-voltage game against Pakistan: Dhoni 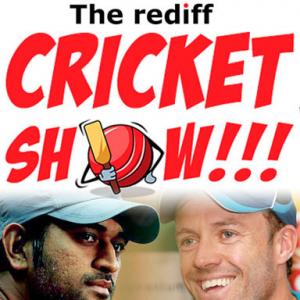 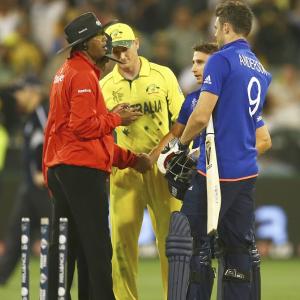