Penpix of the Pakistan squad for the 2015 cricket World Cup in Australia and New Zealand. 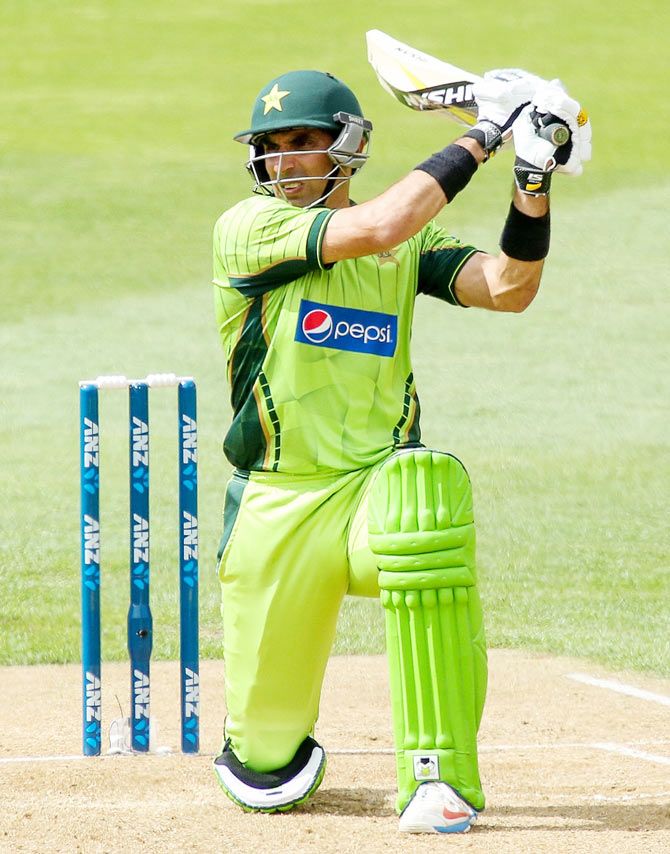 The oldest member of the squad is the lynchpin in a batting order full of strokemakers. He often binds an innings together with his unflappable temperament and solid defence but can also improvise when in need of quick runs.

An aggressive opening batsman and one of the most complete all-rounders in the squad but his future as a bowler is under a cloud due to a suspect action.

Hafeez will try to get clearance to bowl before the World Cup and his tight off-spin could be crucial for Pakistan in the absence of the suspended Saeed Ajmal.

The dashing opener is one of those rare batsmen who have scored hundreds in all three formats of international cricket and can be a nightmare for bowlers when on song.

He is strong square of the wickets and has the game suited to the bouncier pitches of Australia and New Zealand.

The former captain is without doubt the best batsman in the team and Pakistan will bank on him to guide the youngsters with his experience.

His World Cup spot was initially under doubt after being dropped for the ODI series against Australia late last year but he forced his way back into the team with some resilient batting in the following test series.

A fearless batsman who lacks nothing in talent, but temperament is an issue and often gets out through poor shot selection. If he can remain calm and composed, Umar could provide a spark for Pakistan at the World Cup. Relatively new to international cricket, he also bowls a bit of left-arm spin and made it to the World Cup squad with his all-round performace in the ODI series against New Zealand in the United Arab Emirates in December.

The strongly-built batsman made an impressive debut in the ODI series against South Africa in 2013 but his career has been plagued by injuries, the latest a wrist fracture which ruled him out of the matches against New Zealand in December.

The colourful former captain is a rare brand of cricketer in the current era who possess the ability to win a game single-handedly, either with the bat or ball.

The most experienced cricketer in the Pakistan squad also has the ability to antagonise even his most ardent supporters with a compulsive urge to smash every ball that comes his way.

The hard-hitting wicketkeeper-batsman made his ODI debut back in 2007 but has played only 36 matches. He was a revelation in 2014 with his aggressive batting and now seems to have cemented his place in the side. 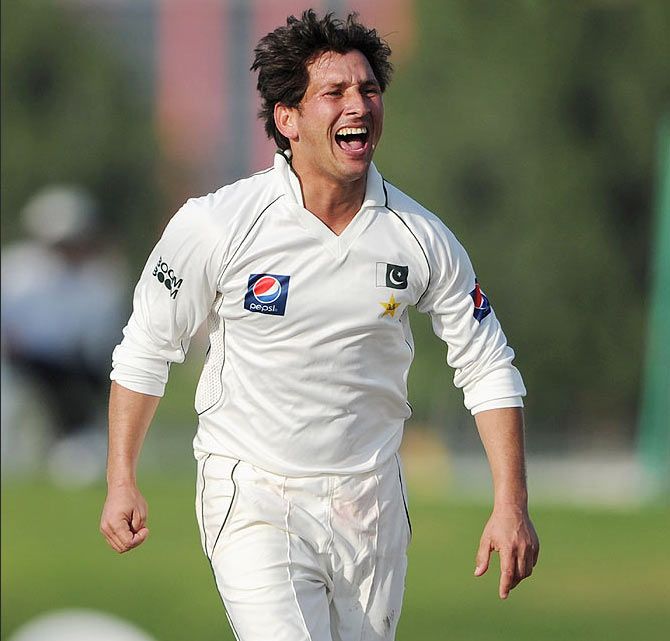 Standing a massive seven feet and one inch tall, Irfan understandably extracts steep bounce from the pitch and could prove a real threat to batsmen in helpful conditions Down Under.

Irfan is a relatively late starter in international cricket and Pakistan will be hoping the fast bowler can remain fit during the duration of the tournament.

He has the pace and ability to take wickets but has often proved overly expensive.

A surprise selection having just played two ODIs against Scotland and Ireland in May 2013.

Played the last of his five ODIs for Pakistan in September 2011 but has been rewarded for strong domestic performances with a place in the World Cup squad.

A regular in the Test team, the tall left-arm paceman played a single ODI in 2012 in Sri Lanka and went wicketless.

He was called up to the World Cup squad as a replacement for injured fast bowler Junaid Khan.

The only specialist spinner in Pakistan's squad, Yasir was picked after his strong showing in tests against Australia and New Zealand. He has played only one ODI, in 2011 against Zimbabwe.

© Copyright 2022 Reuters Limited. All rights reserved. Republication or redistribution of Reuters content, including by framing or similar means, is expressly prohibited without the prior written consent of Reuters. Reuters shall not be liable for any errors or delays in the content, or for any actions taken in reliance thereon.
Related News: New Zealand, Pakistan, ODI, Yasir Shah, Misbah-ul-Haq
COMMENT
Print this article