News
Business
Movies
Sports
Cricket
Get Ahead
Money Tips
Shopping
Sign in  |  Create a Rediffmail account
Rediff.com  » Cricket » ICC might do away with rotational presidents: report

The ICC is planning to do away with the rotation policy for appointing presidents and cricket's world governing body is likely to deliberate on the proposal in its annual general meeting later this month in Hong Kong.

Under the rotational system currently in place right now, Pakistan and Bangladesh are to present their nominees for the president and vice-president's post and the two countries are reportedly opposed to the idea of scrapping the system.

"But ICC sources have confirmed that plans are underway to change this system. The main topic of discussion at an ICC governance committee meeting in Chennai last week was the rotation policy," ESPN Cricinfo reported.

The policy was at the centre of a major controversy last year when Australia and New Zealand's nominee John Howard, a former Oz Prime Minister, was rejected by the other boards.

New Zealander Alan Isaac was chosen after a massive furore. 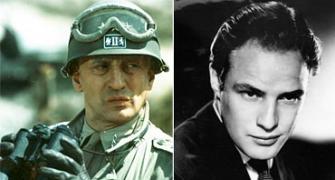 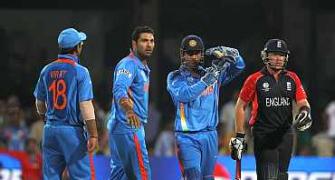 It's up to Boards to decide on UDRS: Lorgat
CA to organise twilight matches