'If I think like people from outside, I can't even sustain five games. I would be sitting at home.' 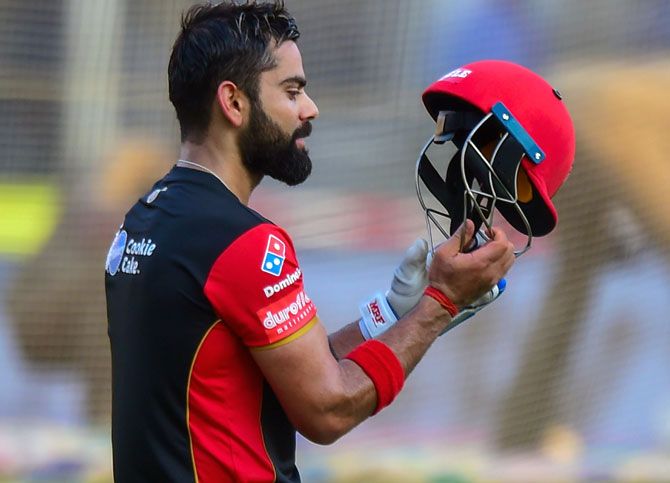 India captain Virat Kohli said he would be 'sitting at home if he thinks like people from outside', responding, in his trademark combative style, to Gautam Gambhir's recent jibe at him, but without taking the former opener's name.

Gambhir, who led Kolkata Knight Riders to two Indian Premier League titles -- in 2012 and 2014 -- recently said that in a result-oriented franchise environment, Kohli has been 'lucky' to have survived despite Royal Challengers Bangalore never winning the coveted title in his eight years as the captain.

Asked about it, the batting maestro said, "Obviously, you want to win the IPL. I am doing what I am supposed to do. I don't care whether I am going to be judged on this (not winning IPL) or not. There is no real, sort of, parameters you set. I try to perform wherever I can. I try to win all the possible titles, but sometimes it just doesn't happen.

"We have to be practical about why we haven't won one. That boils down to bad decision making in pressure situations. If I think like people from outside, I can't even sustain five games. I would be sitting at home," Kohli said.

According to Gambhir, one can't say Kohli and Mahendra Singh Dhoni in the same breath, as India's current captain has not won the IPL even once in comparison to his predecessor's three. Gambhir also compared Kohli with his national team deputy Rohit Sharma, who too have three IPL titles to his credit.

"I know people talk about it a lot and they like to grab opportunities to talk about these things. But I have a responsibility here and given a chance, as a captain, I would love to win the IPL for my team.

"We all are motivated to do so. It has not happened and that's the reality. No excuses for that. Only acceptance of the faults that we made in the past. The fact that we played six semi-finals means that we have been a side who are always in contention. If we make better decisions, we can go further than that. That's how I see things," Kohli added.

The Indian captain was speaking on the eve of the IPL-12 opener between his team and Chennai Super Kings.

To a question if he felt RCB are the underdogs against CSK at home, he said every team that comes here has to be considered so, with the home team being led by Mahendra Singh Dhoni.

"MS (Dhoni) knows exactly what he wants from his team in these conditions. We all have seen that and are aware of it. We are going to be backing our skills and then find ways to come out on top.

Kohli also said RCB's focus this year would be on being consistent and scratching their way to wins.

"It again boils down to how much composure you have in crunch situations. If you see all the teams that have won, they have had players who have stood up and done the job.

"In the past, when we have been close to winning the title, we have just expected things to go our way instead of standing up. That is something we want to correct this season. If we look ugly, we look ugly. It doesn't matter. We don't want to be a side just playing flamboyant cricket. We want to be a consistent side," Kohli said. 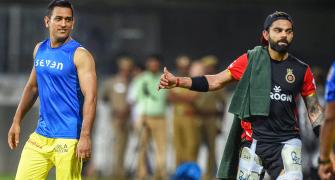 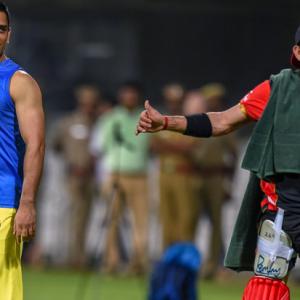