Former India captain Sunil Gavaskar has criticised the Board of Control for Cricket in India's decision to revive Indo-Pak bilateral cricket ties, saying Pakistan is not cooperating with the Mumbai terror attacks probe.

Bilateral cricketing ties between the two countries snapped after the 2008 Mumbai terror attacks and there have been several attempts by the Pakistan Cricket Board in recent months to convince the BCCI to resume them.

"Being a Mumbaikar I feel what is the urgency when there is no co-operation from the other side," said Gavaskar.

Gavaskar also felt that India are playing a lot of cricket in the upcoming season and any other series would only put pressure on the cricketers.

England are scheduled to arrive in India for a four-match Test series followed by two Twenty20 internationals before going home for Christmas. They will be back to play five One-day Internationals, from January 11.

"Well, my first reaction is that the time the players have between the England series, it is not going to be there. They are playing England in November-December but now they are not going to get the breather," Gavaskar told NDTV.

"Players need the time to look after their injuries and get better," he added.

Meanwhile, former Pakistan player Zaheer Abbas expressed happiness at the resumption of ties, saying it will be good for the Indo-Pak relationship.

"The best remedy is to play. At least the country will be busy watching cricket. It will be good for cricket and Indo-Pak relationship. Both the countries should be playing cricket every year. It is a very good sign," said Abbas.

"People in Pakistan are very happy. India are becoming a great power in cricket. Playing with India we can improve our cricket also," he said.

Another former captain Bishan Singh Bedi, however, welcomed the proposed series and said that it was a step in the right direction.

"It will be interesting Pakistan is playing their home series in India. It will mean a lot in the two nations. And the amount of interest and the goodwill it will generate will be huge. Lots of positives will come out of it and it is a step in the right direction," Bedi said.

"I am not interested much in a Pakistan team being invited in the Champions League Twenty20. I am more interested in the two countries playing against each other," he added.

Bedi felt that the Indian cricketers could be a tiring lot against Pakistan as they were also to play against Australia and England before the Indo-Pak series.

"India-Pakistan matches are much more intense than Australia playing England. My only apprehension is that the Indian boys may be a bit taxing. England and Australia are coming and to take out another series, though short, against arch-rivals Pakistan could be taxing on the Indian players," said the spin great.

Source: PTI© Copyright 2022 PTI. All rights reserved. Republication or redistribution of PTI content, including by framing or similar means, is expressly prohibited without the prior written consent.
Related News: Pakistan Cricket Board, Sunil Gavaskar, Board of Control for Cricket in India, England, Bishan Singh Bedi
COMMENT
Print this article
Why terror probe MUST go beyond Lt Col Purohit
India-Pakistan cricket set for revival; 3 ODIs in Dec
Pakistan want DRS for all international matches 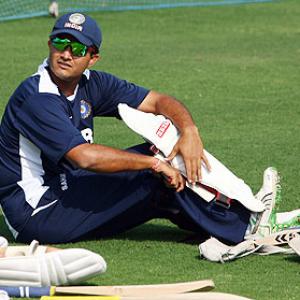 Bhupathi should have partnered Leander: Ganguly 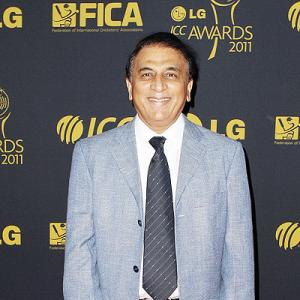