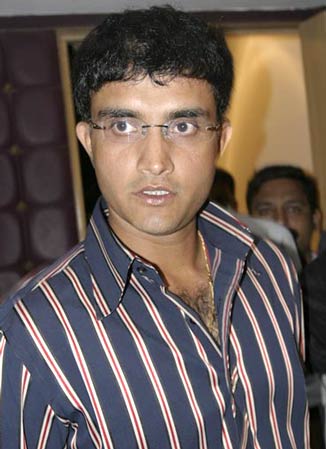 Former India captain Sourav Ganguly is in Mumbai along with the team for the seventh ODI against Australia to be played at the Wankhede stadium on Wednesday.

Instead of preparing for the final one-dayer, Ganguly was seen at the Lakme Fashion Week, which is being held at the NCPA.

The left-hand batsman, who hit 86 runs in the sixth ODI, was trying to escape through the exit door of the auditorium in an attempt to give the shutterbugs a miss.

The five-day fashion event, which is organised twice every year, will end on October 17.