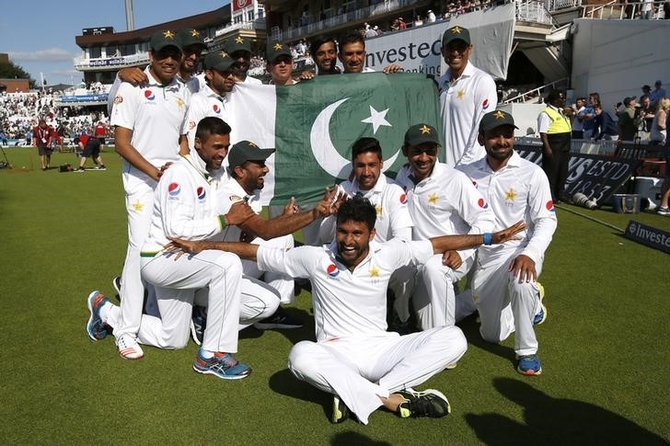 The first Test between New Zealand and Pakistan is scheduled to go head this week after engineers checked the safety of the Christchurch cricket venue following a massive earthquake that rattled the centre of the country early on Monday.

It was felt strongly in Christchurch, South Island's largest city, which was hit by a 6.3 quake in 2011 that killed 185 people.

New Zealand Cricket officials told reporters in Christchurch on Monday the match would go ahead.

Both teams arrived in the city on Monday, with the Pakistan side arriving from Nelson, where they felt the tremors.

"The boys all raced down stairs and most of the guys slept in the team room last night. They were a bit scared to go back up to their rooms."

New Zealand bowler Matt Henry, who lives in Christchurch, added he had been woken by the initial quake, which struck shortly after midnight on Monday.

"I was just laying in bed and woke up to quite a long rumble, so a bit scary," Henry told reporters.

"They are obviously a bit hard to get used to. You kind of sit there waiting to see if you need to react or if you can sit tight. It was quite a long rumble this one."

With parts of north Canterbury and around the tourist town of Kaikoura devastated, Henry said he hoped the test would help bring people together.

"I think (cricket) always brings a community together," Henry said. "For a brief moment, you can get back to a bit of normality.

"It's probably good timing to have the Test match this week and it will be a really good occasion."

Henry said his team mates would be conscious of safety concerns at their hotel in Christchurch.

"I'm sure a lot of them will want to stay on the lower levels," he added.

© Copyright 2020 Reuters Limited. All rights reserved. Republication or redistribution of Reuters content, including by framing or similar means, is expressly prohibited without the prior written consent of Reuters. Reuters shall not be liable for any errors or delays in the content, or for any actions taken in reliance thereon.
Related News: Matt Henry, New Zealand, Christchurch, Pakistan, TVNZ
SHARE THIS STORYCOMMENT
Print this article