Rajneesh Gupta presents a statistical outlook of the players named in India's squad for the upcoming limited-overs' series in Zimbabwe. 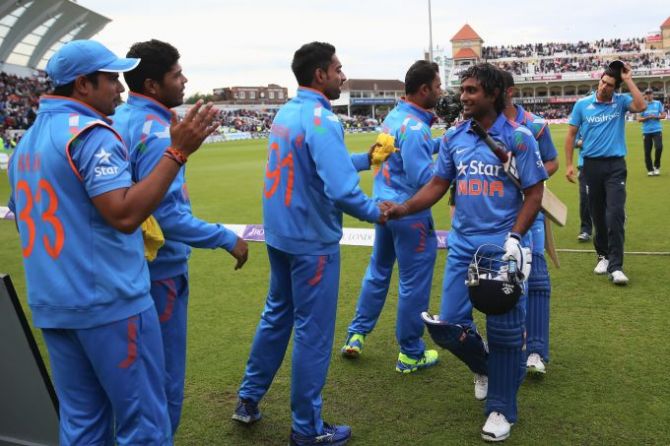 With the selectors opting to rest most of the senior players, Ajinkya Rahane will lead India on next month's tour of Zimbabwe, which includes three One-day Internationals and two Twenty20s.

Veteran off-spinner Harbhajan Singh, who played the last of his 229 ODIs in June 2011, staged a comeback to the ODI squad as did batsman Robin Uthappa.

- Selectors 'want to see Rahane's other aspects', vow to back him

Harbhajan, who last played an ODI against Zimbabwe way back in September 2005, is the oldest player in the squad (34 years 361 days), while Axar Patel is the youngest (21 years 160 days).

The 27-year-old Rahane, who has played 55 ODIs since his 50-overs debut in 2011, has captained only in one domestic one-day match – for Mumbai vs Maharashtra in the Vijay Hazare Trophy in February 2012.

The 15-member squad has two uncapped players in Pandey and Sandeep Sharma.