Statistical highlights of the third day's play of the first Test between India and England in Ahmedabad, on Saturday:

# Nick Compton and Alastair Cook were involved in an opening stand of 111 (unbroken) - England's second highest at Sardar Patel Stadium in Ahmedabad, behind the 124 between Marcus Trescothick and Mark Butcher in 2001-02.

# The aforesaid innings is the 50th fifty-plus score by Cook in 148 innings - 20 hundreds and 30 fifties. He is the 11th batsman to have registered 50 innings of fifty-plus for England in Tests.

# Ian Bell registered his third duck against India - his tenth in Test cricket.

# Bell is averaging just 18.00 in Tests in India - his aggregate being 180 in eleven innings, once not out.

# India, for the sixth time in a match, have enforced a follow-on on England.

# Pragyan Ojha (5/45) registered his first five-wicket haul against England - his fourth in Tests - all on Indian soil.

# Ojha's superb bowling figures of 5 for 45 are his third best in Tests. He has twice claimed six wickets in an innings - 6 for 47 in Mumbai and 6 for 72 in Delhi - both in November last year.

# Ojha has become the third bowler to claim five wickets or more in an innings for India against England at Sardar Patel Stadium. His bowling figures at this venue are the second best, next only to the 7 for 115 by Anil Kumble in 2001-02. 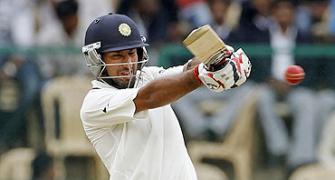 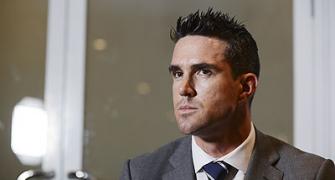 Will instinct-backed KP live up to hype on return?
Boycott questions England's ability to play spin 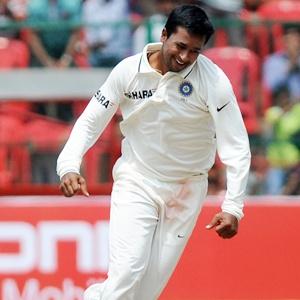