During the course of his knock of 73 on Day 1 of the fourth Test between India and England he swelled his aggregate for the year to 1047, at an average of 45.52 in 14 Tests.

Here are some statistical highlights from the day's play at the VCA stadium in Nagpur.

# Jonathan Trott averages 24.90 against India as compared to his overall Test average of 47.91.

# Piyush Chawla, at Nagpur, is playing in his third Test -- his last Test was against South Africa at Kanpur in April 2008.

# Pragyan Ojha, the leading wicket-taker in the series, failed to take a wicket on the first day of the ongoing fourth Test.

Ojha, with 19 wickets at 27.68 runs apiece, is set to become the first bowler to take 20 wickets in the current series.

# By facing 1192 balls, amassing 549 runs at an average of 91.50 in the present series, Cook set a record for facing the most balls by an England batsman in a Test series in India. 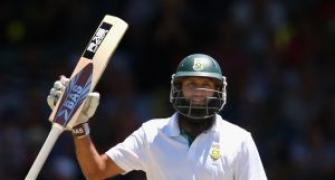 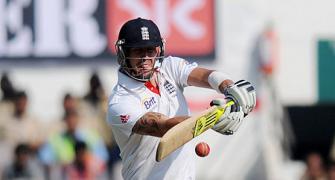 Pietersen reckons Nagpur wicket toughest he has played on 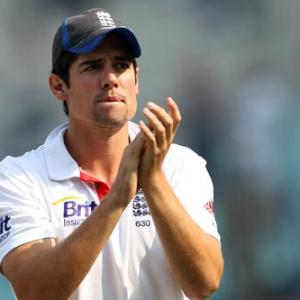 I will take a draw in Nagpur: Cook 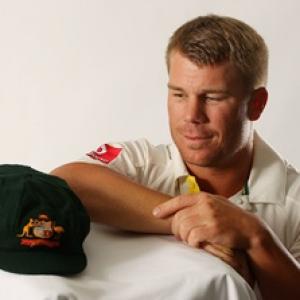