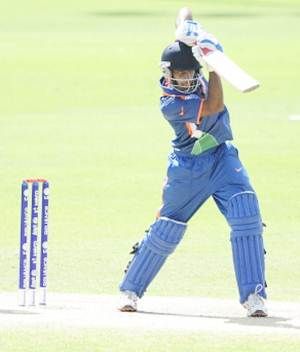 Double centuries by in-form Baba Aparajith and Manish Pandey helped South Zone amass 553 for 7 against West Zone on the second day of their four-day Duleep Trophy quarter-final in Chennai on Friday.

This unusual statistic was the result of Pandey suffering a groin injury, forcing him to retire hurt during the 19th over on Friday morning.

When Pandey walked back to the pavilion for medical attention, South were 242 for 3.

At close, Malolan Rangarajan (26) and captain Vinay Kumar (19) were at the crease.

In the period before Pandey re-joined Aprajith in the middle, South lost two wickets -- C M Gautham (0) and Rohan Prem 35. Aparajith and Rohan put on 91 runs for the fifth wicket in 26.2 overs.

Later, Aparajith was again joined by Pandey and together they made merry putting on 140 runs in 37.1 for the sixth wicket.

Earlier, the duo added 190 runs in 47 overs in an unfinished fourth-wicket stand.

Despite a dazzling performance, Aprajith went back to the pavilion a disgruntled man after being run-out jointly by substitute Harshad Khadiwale and wicketkeeper Rohit Motani.

At the other end, Pandey was not too aggressive after coming back. He looked tired and made his exit after being adjudged leg before by Rakesh Dhruv.

Resuming at the overnight score of 213 for 3, the determined duo of Aparajith and Pandey kept their cool to make a mark for themselves. 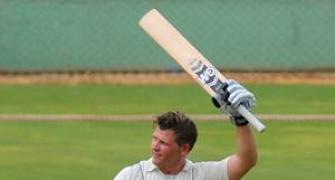 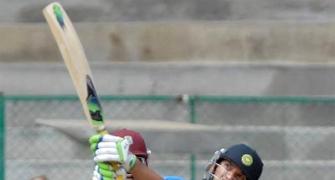 Yuvraj, Sharma shine as India 'A' crush West Indies 'A' in T20 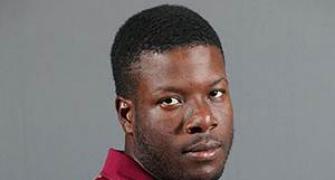 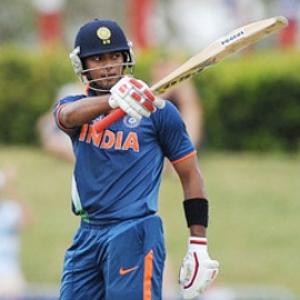 Unmukt, Nayar to lead India 'A' against visiting Kiwis 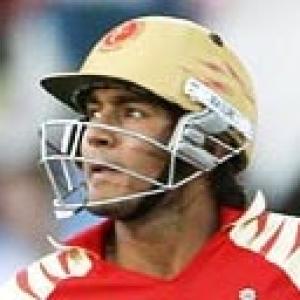