The 40-year-old Dravid, one of India's finest batsmen who scored close to 25,000 international runs before announcing his retirement early last year, was chosen for the coveted Padma Bhushan recognition, adding another feather to his already glittering cap.

Dravid, the lone cricketer in the list, is the third highest run-getter in Test history behind compatriot Sachin Tendulkar (15645) and Australia's Ricky Ponting (13378).

The 29-year-old Mary Kom had become the first Indian woman boxer to win bronze at London Olympics while competing in 51kg category. She was also crowned world champion five times.

The north-eastern boxer is also the only woman boxer to have won a medal in each one of the six world championships. 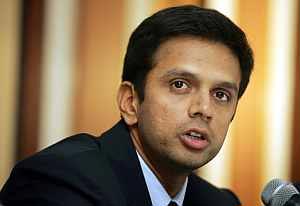 "I am surprised that I got this award because my name was not there at all. It is a big honour for me to be considered for this award and I feel truly humbled. It is no doubt a proud moment for me," Mary Kom said.

"Although boxing is going through difficult times, personally this has been a great achievement and I feel elated that all my efforts have got the recognition," she added.

The government recognised the medal-winning achievements of sports persons in the 2012 London Olympics with shooter Vijay Kumar and wrestler Yogeshwar also featuring in the list of Padma Shri awardees.

The 27-year-old Vijay had won the silver in 25m rapid fire pistol shooting event while 30-year-old Yogeshwar had won a bronze in the 60kg free style category.

Yogeshwar had won the gold medal in the 2003 Commonwealth Wrestling Championship.

Wrestler Sushil Kumar, who had created history by becoming the first Indian to win back-to-back Olympic medals, was not considered since he had won the Padma Shri in 2011 and Rajiv Gandhi Khel Ratna in 2009.

Vijay Kumar hails from Barsar village of Hamirpur district of Himachal Pradesh and is presently a serving Subedar Major in the Dogra Regiment (16th Battalion) Indian Army. He has been posted at Army Marksmanship Unit (AMU) Mhow since 2003 where he is being coached by the Russian Pavel Smirnov.

Mountain climber Premlata had in May 2011 became the oldest Indian woman to have scaled the world's tallest peak, Mount Everest (29,029 ft.), at the age of 48 years.

She also became the first person from Jharkhand state to go on an expedition to Mount Everest. Her feats have earned her a listing in the Limca Book of Records.

Para athlete Girisha jumped a height of 1.74m in the final of the in men's High Jump at the London Games to finish in the silver medal position in the competition.

He become the first Indian to win a medal at that event. He is only the ninth medalist of India at Paralympics and only the third to claim silver at the Paralympics.

Takhar is a Naib Subedar in the Rajputana Rifles regiment of the Indian Army.

Bajrang Lal won the first individual rowing silver medal for India at the 2006 Asian Games held in Doha. He contested in the men's single skulls rowing event at the 2008 Summer Olympics in Beijing, but failed to reach the finals, finishing 21st.

He bagged a gold at the Asian Championships in Korea in 2007. He has won two gold medals in the single and double skull races in South Asian Games 2006. 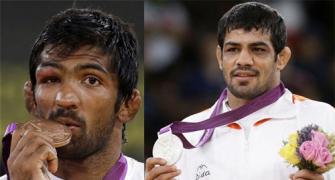 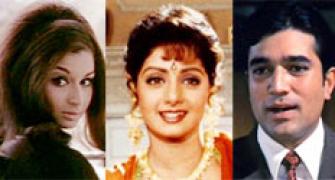 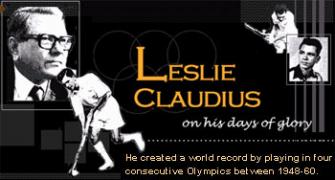 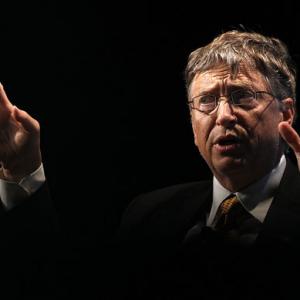 15 leadership quotes to inspire you in the New Year 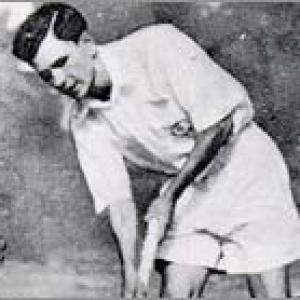 No state honour for Claudius; funeral on Sunday