What is MS Dhoni's biggest achievement as captain? Tell us!

Team India's comprehensive 4-0 win over Australia in the just-concluded series wasn't just the country's first clean sweep in its 81-year history in Test cricket, but also ensured a gamut of records for captain Mahendra Singh Dhoni.

While in the opening Test at the MA Chidambaram stadium (Chennai), the 31-year-old registered the highest score by an Indian captain (224), in the second, at the Rajiv Gandhi International stadium in Hyderabad, he notched the 22nd Test win under his leadership, surpassing Sourav Ganguly's mark (in five fewer Test matches) in less than five years of having taken charge of the team. 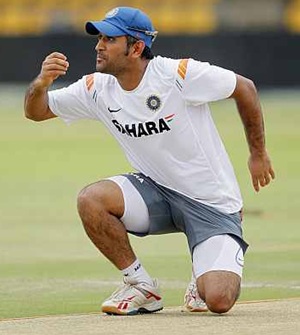 And when he hit the winning boundary at the fourth and final Test at the Ferozshah Kotla (New Delhi), Dhoni became the first captain to win four Test matches in succession despite having lost the toss in each of them.

Team India's first whitewash of Australia was another feather in Dhoni’s cap. The Ranchi-born player already has an impressive resume, and if statistics are considered the sole barometer, he is certainly India's most successful captain ever.

Having led Team India to the title in the inaugural World T20 in South Africa (2007), Dhoni's next success came at the Commonwealth Bank series the following year - the first instance of Team India winning a series Down Under.

The year 2009 saw the Indian Test Team usurp the No.1 ranking, and in 2011, the 28-year-old wait for that elusive second World Cup ended, Dhoni fittingly sealing it with a six.

Amid all this, even as there were question marks over his leadership, and his own form with the bat, Dhoni held fort, refraining from unnecessarily reacting, thereby justifying his 'Captain cool' tag.

As his list of achievements keep growing in his fledgling career as Team India captain, we invite readers to pick his biggest success story thus far.

It is a difficult choice to make, as each of his achievements is of gargantuan proportions. But, then, that very factor makes it all the more interesting.

Tell us! Take the poll. 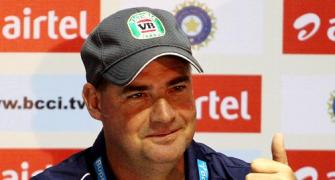 Thrashed Australia can be No. 1 again: Arthur 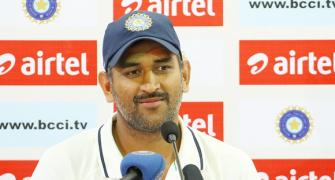 'Defensive' Dhoni is here to stay 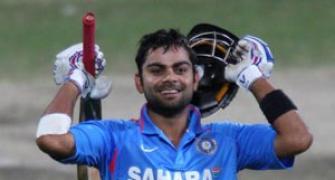 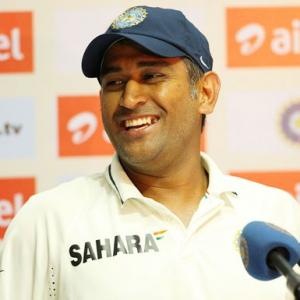 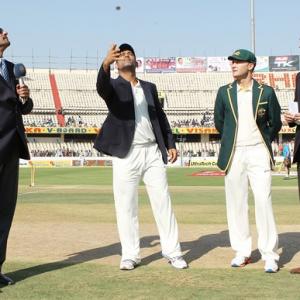