Amidst indications that the investors group of the Kochi franchise is not too keen in running the franchisee, the Indian Premier League (IPL) Governing Council is likely to take a call on scrapping the team during its meeting at the Bandra Kurla Complex in Mumbai on Wednesday.

The BCCI last month gave a 30-day notice to the Kochi IPL consortium to sort out its internal differences and get its ownership structure in order.

However, the investor group of the consortium has reportedly not come to an understanding with the promoters Rendezvous Sports World Private Limited and is likely to request the BCCI to let them withdraw from the franchisee.

This is also likely to pave the way for BCCI to have a discussion on inviting tenders for a new franchisee, which will ensure that at least eight franchisees participate in the next edition of the IPL.

When contacted, a Governing Council member, however, said that a decision on the Kochi issue would be taken only after the end of the 30-day notice period.

"The franchisee has been given a 30-day notice. A decision cannot be taken before that," the member said.

The BCCI had last month terminated its contract with the Kings XI Punjab and Rajasthan Royals franchisees alleging that they have violated the contractual agreement and changed their share-holding pattern without informing the Cricket Board.

Among other issues that may crop up during the meeting are setting of a reserve price for the players and their agreements, deciding on the time frame of the transfer window for the next edition of IPL, taking a decision on floating tenders for rest of the world television rights, global internet and mobile rights.

Besides, the minutes of the previous Governing Council meeting, held on September 27, October 10 and 27 are also likely to be finalised during this meeting. 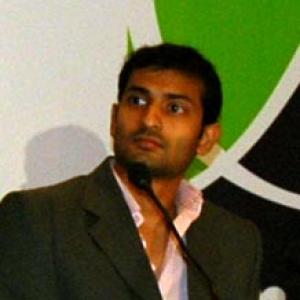 'IPL team will be a great platform for players from Kerala'