'Since the time I remember, since I have started playing serious cricket, not in the streets but in an academy, I have dreamt of this day' 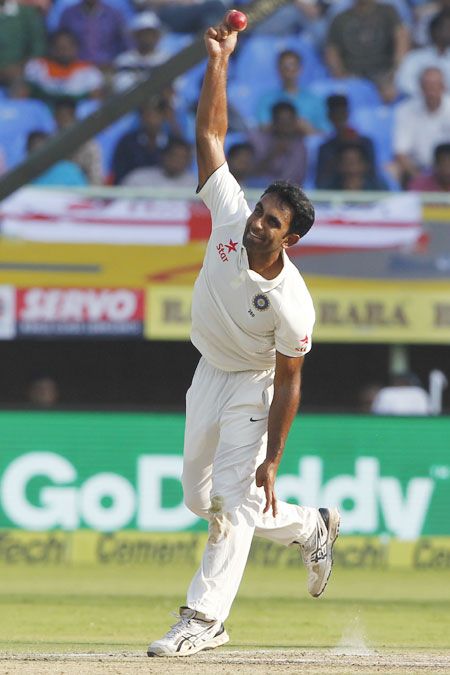 After claiming his maiden Test wicket on debut against England in the second Test in Visakhapatnam on Friday, Indian spinner Jayant Yadav said that he had always dreamt of the day when he would don the national colours.

"Since the time I remember, since I have started playing serious cricket, not in the streets but in an academy, I have dreamt of this day," the 26-year-old from Delhi, who has played 42 first-class matches and picked up 117 wickets, said after the second day's play.

"This dressing room is full of people who make you comfortable. K L Rahul, a recent debutant, told me what to expect on debut. It's good I did not do anything yesterday, gave me time to process the emotions and formulate my plans."

Jayant dismissed Moeen Ali by trapping him in front of wicket after the English batsman had been down the pitch and was struck on the pad, which factored into umpire Dharmasena's on-field call of not out.

However, Jayant and wicket-keeper Wriddhiman Saha convinced skipper Virat Kohli to go for a review.

"With the review, Wriddhiman Saha did the job of convincing the captain for me. We both thought it was out. Can't wait to start doing this again tomorrow," said Yadav, who also scored 35 runs down the order to contribute to India's first innings total of 455 runs.