Former England all-rounder Andrew Flintoff has hinted that he could continue his cricketing comeback with a stint in Australia's domestic Twenty20 Big Bash league.

The former England captain, who originally retired in 2010, returned to play for English county cricket club Lancashire in this season's T20 Blast.

Flintoff said that he has had offers to play in the Big Bash but he is going to sit down and talk with his family, adding that if there is an opportunity there then he would consider it, The BBC reported.

He said it is one of the things he has wanted to do, and added that he was about to sign for Queensland in 2009 when he retired.

Flintoff, who took 226 Test wickets for England and scored 3,845 runs, made just three appearances in the T20 Blast for Lancashire but played his part in a thrilling final which Birmingham Bears won by four runs.

The all-rounder dismissed England batsman Ian Bell with his first ball and clubbed an unbeaten 20 off eight balls as the Red Rose almost got themselves over the line.

He took six wickets at an average of 13.66 in the competition, topping Lancashire's bowling averages.

Flintoff said that he always dreamt of playing again but realistically didn't think it was possible. He added that he had the knee surgeon saying that he can't run again and that was like a red rag to a bull. 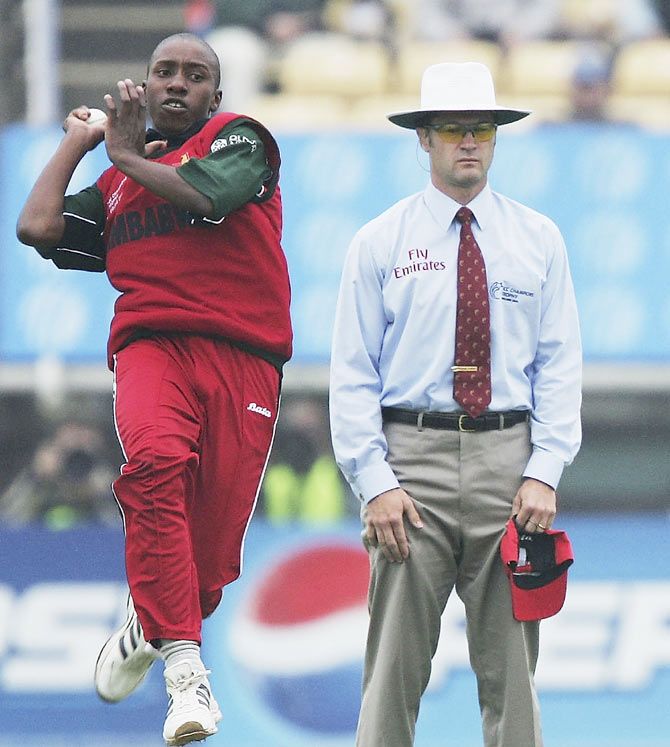 Zimbabwe have axed seamer Tinashe Panyangara from their squad for the One-Day International triangular series with South Africa and Australia, accusing the player of being 'disruptive' in the build-up to the tournament.

Zimbabwe Cricket confirmed via a statement on Wednesday they had sent the 28-year-old to train with the country's A side and also fined him his full match fee from Monday's 198-run loss to Australia.

The statement offered no reason for the sanction, saying only Panyangara was punished "for his behaviour that the national team disciplinary committee found to be disruptive in the build-up to the first ODI of the triangular series".

Panyangara is the second Zimbabwean cricketer this month to be punished by the country's board after teenage all-rounder Luke Jongwe was fined for breaking a team curfew in the recent 3-0 One-day series whitewash by South Africa.