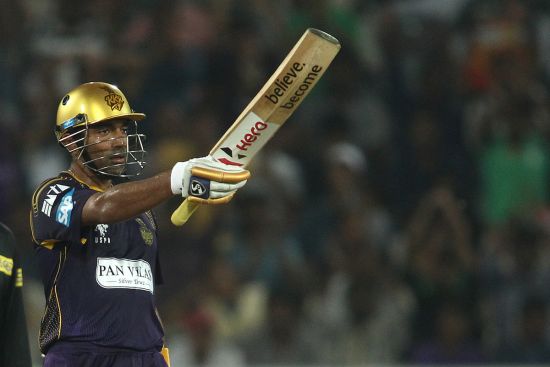 Robin Uthappa and Manish Pandey smashed attacking half centuries to keep IPL champions Kolkata Knight Riders' winning run intact with a convincing 36-run victory over Dolphins in an inconsequential Group A match of the Champions League Twenty20 in Hyderabad, on Monday.

While Uthappa blazed his way to a fiery 85 off 55 balls, with the help of 13 boundaries, Pandey matched his senior partner stroke for stroke en route his 47-ball 76, which was studded with five fours and as many huge sixes.

The duo stitched an unbeaten 153-run stand for off just 15 overs for the third wicket to power KKR to 187 for two, after electing to bat. Sunil Narine then picked three wickets for 33 runs to restrict Dolphins to 151 for eight in 20 overs. 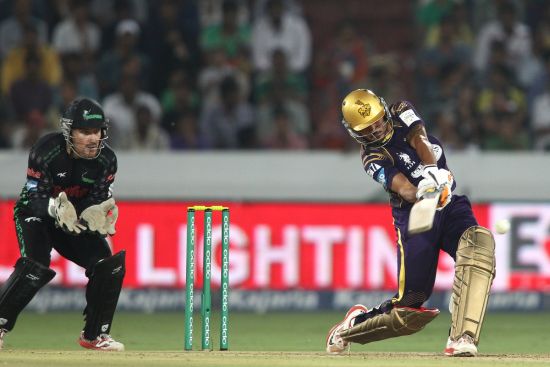 KKR will now face Hobart Hurricanes in the first semi-final on Thursday.

With KKR already assured of a semi-final berth after three consecutive wins, the tie was more of a practice game for the Kolkata outfit. Dolphins, on the other hand, had pride to play for, having already crashed out of the tournament after losing all their three earlier matches.

But there was hardly anything to cheer for the South African side as Uthappa and Pandey slaughtered their bowlers to all parts of the ground to register KKR's record partnership for the third wicket.

Dolphins were off to a poor start 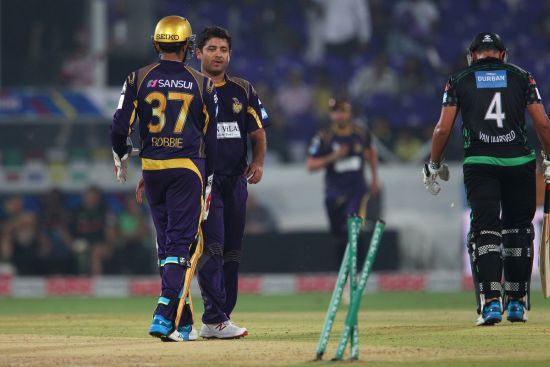 Chasing the imposing total, the Dolphins witnessed a horrendous start and slumped to 57 for four in 8.6 overs.

Opener Cameron Delport and Cody Chetty were dismissed in the first two overs, but skipper Morne van Wyk kept alive Dolhins' fight with a 28-ball 34 during which he struck five fours and one six before becoming part-time spinner Yusuf Pathan's (2-25) second victim of the day.

In between, Vaughn van Jaarsveld (19) was stumped by Uthappa off Piyush Chawla.

With Dolphins in a spot of bother, Khaya Zondo (32) and Andile Phehlukwayo (37) produced a rear-guard 63-run fifth-wicket partnership to keep Dolphins in the hunt. 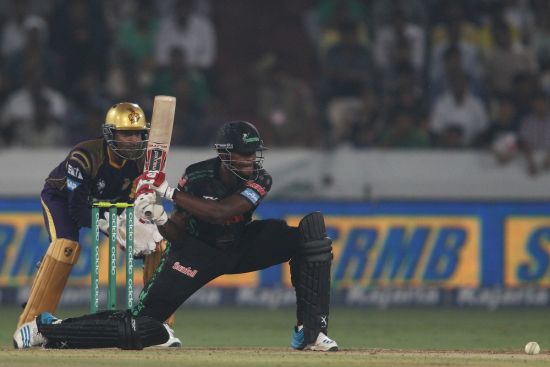 Young Phehlukwayo scored a quickfire 37 off 18 balls, decorating his knock with six fours and one six, to show the cricketing world his potential. Mystery spinner Narine brought his innings to a close by going through his defence in the 15th over.

An over later, Robbie Frylinck (11) and Zondo fell to consecutive balls in similar fashion, caught by Chawla, giving Narine a hat-trick opportunity, which did not materialise.

With Dolphins needing 52 runs off the last three overs, Jonathan Vandiar too perished in the next over in search of quick runs.

From there on victory was just a formality for KKR. 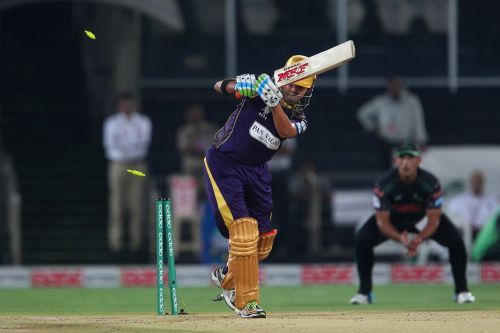 Earlier, electing to bat, KKR did not have the best of starts; they lost two wickets early with the score reading 34 runs.

While skipper Gautam Gambhir (12) was cleaned up by Frylinck (1/29) in the fourth over, new-man in Jacques Kallis too was bowled by Craig Alexander (1/36) off the last ball of the next over, after the veteran South African started his knock with hit over the fence.

But then Uthappa and Pandey joined hands and produced some scintillating stroke-play during their unconquered partnership.

Uthappa was the more aggressive of the duo at the start but Pandey used his long handle with great effect and caught up with his partner as the match progressed. He looked the more dangerous towards the fag end of the innings as he dealt in just boundaries and sixes.

Pandey smashed Kyle Abbott for two boundaries and as many sixes to pick 22 runs off the 18th over, the highest of the innings. 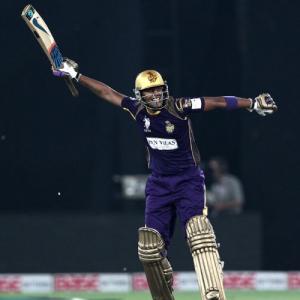 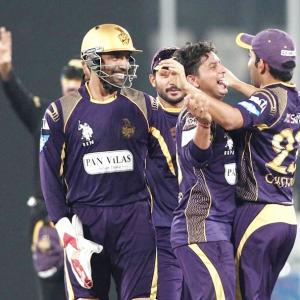