Nathan Lyon claimed career-best figures of eight for 50 to help Australia bundle out India for 189 on the first day of the second Test at the M Chinnaswamy Stadium in Bengaluru on Saturday. 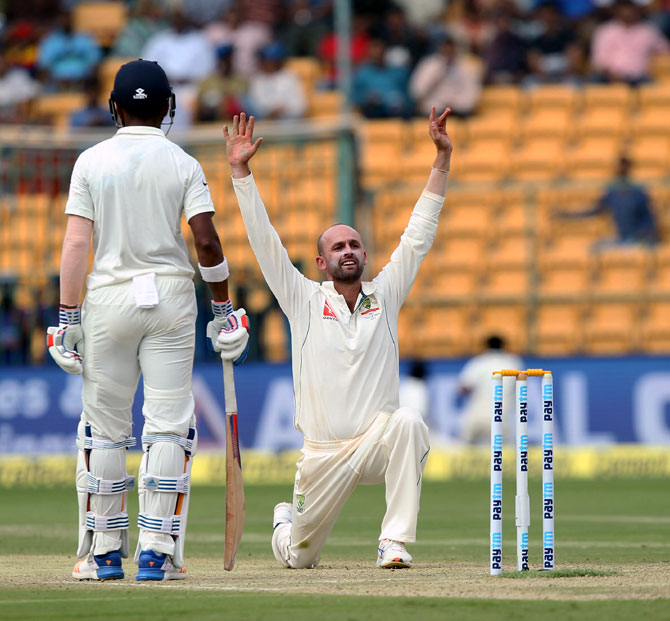 -They are also the best bowling figures for any Australian bowler against India, eclipsing Jason Krejza’s 8/215 at Nagpur in 2008-09.

-They are also the best by an off-spinner against India in Tests after West Indies’ Jack Noreiga took 9/95 in 1970-71.

Number of visiting bowlers, who have returned better figures in Asia than Lyon’s 8/50. West Indies’ Devendra Bishoo had 8/49 against Pakistan at Dubai last year.

Number of visiting bowlers who have taken eight wickets on the first day of a Test in India. Lyon became the first to do so. Only one Indian has done so in India.

Number of wickets taken by Lyon against India – most by an Australian bowler. He surpassed Brett Lee’s tally of 53.

India’s lowest total in the season 2016-17 before the Australia series (against 3 opponents in 9 Tests). India’s highest total this series is 189.

Runs for which India lost their last six wickets – from 156/4 to 189 all out. They had similar collapses in the first Test at Pune also – 11/7 in the first innings and 30/7 in the second innings.