Chandimal to skipper Sri Lanka in T20 series vs Australia

Dinesh Chandimal will lead a 14-man squad in the absence of injured captain Angelo Mathews in the two-match T20 series against Australia, starting from Tuesday in Pallekele. 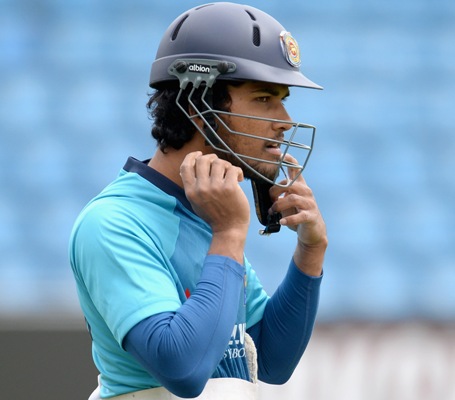 Seamer Kasun Rajitha, who made his debut in the bilateral T20 series against India in February, has been retained in the squad against Steve Smith's side.

Rajitha and Suranga Lakmal are the only specialist seamers in the squad, with Nuwan Kulasekara overlooked once again, ESPNcricinfo reported.

Meanwhile, batsmen Danushka Gunathilaka and Niroshan Dickwella and all-rounder Ramith Rambukwella have all been dropped for the two-match series.

The T20 squad is as follows:

Image: Dinesh Chandimal of Sri Lanka during a nets session