They have demolished every rival en route to the last-four stage but Trinidad and Tobago face their toughest challenge so far when they take on in-form Cape Cobras in the battle for a final spot of the Champions League Twenty20 cricket tournament in Hyderabad on Thursday. 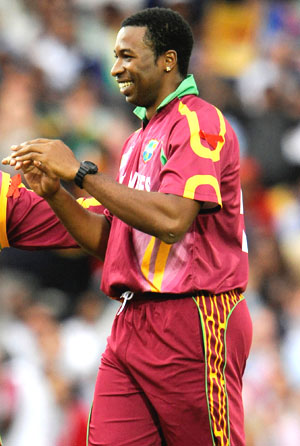 The batting prowess of the Caribbean side has evoked awe but they are up against a team that also has some big-hitting willow-wielders, who are capable of mowing down any attack.

While Trinidad and Tobago are yet to taste defeat in the tournament, Cape Cobras lost one in the league stage on a low and slow pitch against Delhi Daredevils in their last League B match.

But the wicket at the Uppal stadium in Hyderabad has been a batting paradise and considering the batting line-up the two teams, Thursday's clash is expected to be a high-scoring affair.

The West Indian team found a new match-winner in Adrian Barath in their last League A match against Diamond Eagles and together with the in-form William Perkins, they form a very destructive opening pair.

So far, through the tournament, bowlers were dreading the towering Kieron Pollard but now after seeing Navin Stewart, who made a statement when by smashing three sixes and two fours in the previous match, their fears have doubled.

Faced with such an intimidating line-up, the key for the Cape Cobras bowlers would be to not let the Caribbean batsman settle and get rid of them as early as possible.

Rory Kleinveldt has done well so far and will have to take on the responsibility of containing the rampaging West Indians.

Like Trinidad, Cape Cobras's batting is their strength. All their main batsman led by skipper Andrew Puttick, who remains the only centurion of the tournament so far, are in supreme form.

The way South Africa's new batting sensation J P Duminy has batted, Dwayne Bravo and company have quite a task at hand of restricting them. Henry Davids is also in fine touch and lends balance to the middle order of the South African side.

Bravo is not just the most effective bowler for Trinidad, he is also the leading wicket taker in the tournament with 10 scalps. 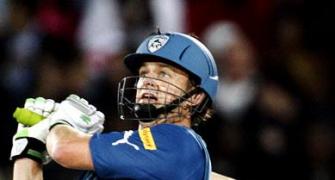 Deccan Chargers in battle for survival 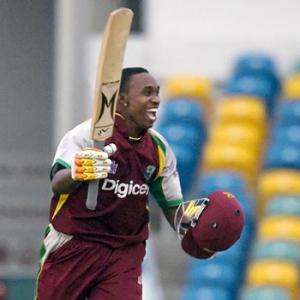