I am proud of my boys, says captain Harbhajan

Despite suffering a narrow six-run loss to Chennai Super Kings, Mumbai Indians skipper Harbhajan Singh has appreciated the efforts of his boys and said he was proud of his team for putting up a fight in their Champions League Twenty20 in Johannesburg.

Chennai were off to a blistering start as they notched up 86 in 8.1 overs initially but Mumbai did well to restrict them to 173-8 in 20 overs from there on.

In reply, Dinesh Karthik notched up a 45-ball 74 to ignite hopes of a successful chase for Mumbai and Harbhajan said he was happy with the performance of his boys.

"We bowled well after the first ten overs. Treat to watch Pollard and Karthik. Great fight shown. A kind of pitch you can hit shots off good length balls. Proud of the boys.

Whenever we play CSK it's always a good game," he said.

His Chennai counterpart, Mahendra Singh Dhoni felt they were around 15 runs short but he praised Ben Hilfenhaus (2-14) and Ravindra Jadeja (2-47) for their effort.

"It was important to guide Jadeja. Matches like these really groom a cricketer. Hilfenhaus was right on the money.

"We took the gamble of giving the later overs to the spinners. We could have got another 15 runs. 170 plus two runs makes a difference," Dhoni said.

Hilfenhaus, who was awarded the Man of the Match for claiming 2 for 14 in a high-scoring game, said: "After watching the way their seamers finished off the innings it gave us an idea of where to bowl.

"Variable bounce tonight. It's quite hard to defend on this ground." 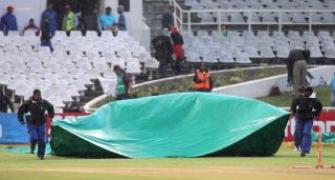 Rain puts Mumbai Indians on the brink of exit 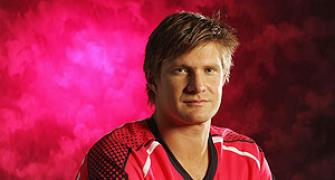 CLT20: Super Kings will be wary of Watson and Sixers
CL T20: Confident Sixers will look to tame Lions 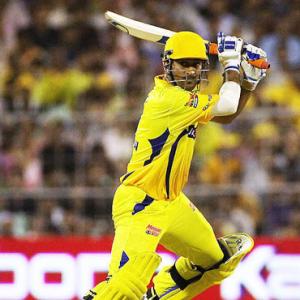