We didn't deserve to win: Harbhajan

Mumbai Indians might have edged out Trinidad and Tobago by one-wicket in a last-ball thriller of the Champions League Twenty20 in Bangalore but skipper Harbhajan Singh said they didn't deserve to win and the Caribbean side was the better team on the day. 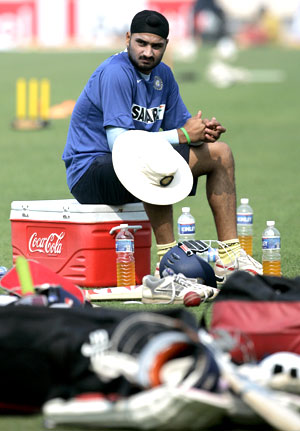 "I must congratulate Darren and his team. They were the better side. We didn't deserve to win. We didn't bat sensibly," Harbhajan said after the match. The India off-spinner said Mumbai Indians played too many unnecessary shots and unless they improved their batting, they will be knocked out of the tournament soon.

"We needed to tick the ball around, but we looked to play too many shots. We just weren't there with the bat. If we keep batting like this, we won't be here for long," he said.

"We won today, but if we want to be there for the semis, we can't keep playing this kind of cricket."

Trinidad & Tobago skipper Daren Ganga said the defeat has shattered his team as they had fought really hard but still ended on the losing side.

"Disappointing, the result. The guys are shattered. Imagine the manner we fought, but didn't come out winning. Definitely ordinary batting, we showed a lot of heart in the field," he said.

"That was the first thing, to play for the Super Over. It's unfortunate, Denesh couldn't hit the stumps, these things happen in cricket," he added.

Man-of-the-match Ravi Rampaul said his side showed a lot of character to defend a total of 98 and though they ended up on the losing side, they would look to make use of the next three games.

"Get the yorkers in, don't go for many runs. Being bowled out for 98 we needed early wickets, so I went out attacking," said Rampaul, who took three wickets for 17 runs.

"We showed character and heart, and we have three games to follow. I found little extra bounce, and the shape, so the pitch helped," he added. 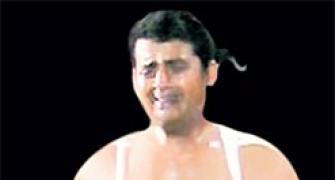