As the eighth edition of the Indian Premier League enters its final stretch, suffice to say, the lucrative Twenty20 tournament has witnessed quite a few spectacular efforts in the field.

There may be diverse opinion about the fielding standards in the tournament, but the catching, to say the least, was spectacular.

Rediff.com presents the best of the lot. Tell us which is the best in the poll below. 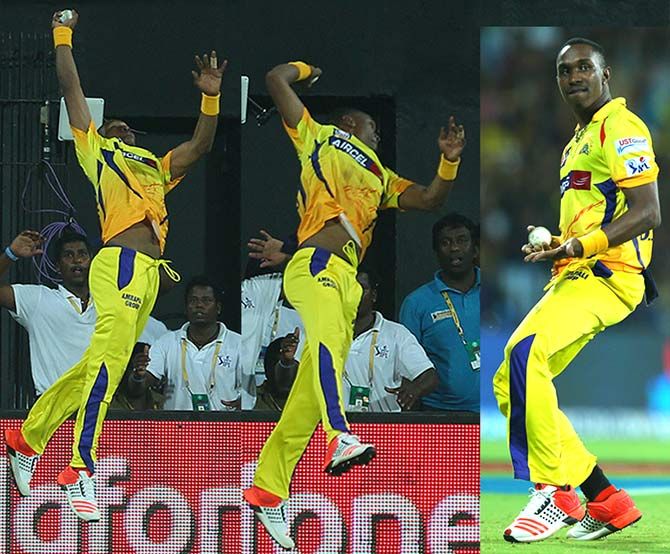 Dwayne Bravo has taken quite a few brilliant catches this season in helping the Chennai Super Kings cement the top spot in the league table.

His best effort is undoubtedly the incredible one-handed catch to dismiss Shane Watson of Rajasthan Royals.

Watson (28) had settled down well even as Rajasthan chased Chennai's total of 157 for five.

It was at this stage that Bravo stunned him, and the crowd, with a brilliant effort.

Chennai went on to win by 12 runs.

'It was a fluke,' a humble Bravo said after the match. 'I stuck my hand out and the ball got stuck there.' 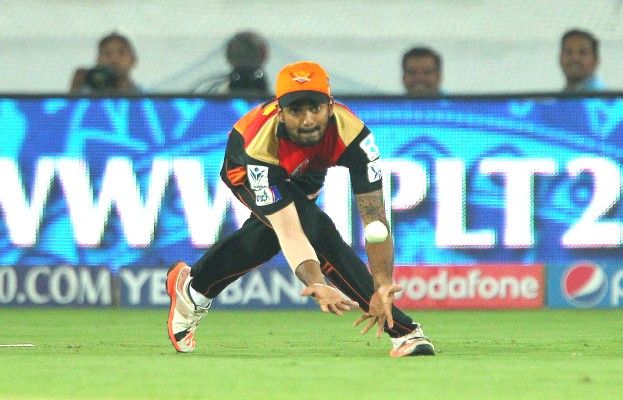 A sharp, low, one-handed catch ensured a premature end to Wridhimaan Saha's stay at the crease.

KL Rahul made quite an effort in taking the catch, running in from mid-off, diving forward and plucking the ball out with his right hand.

Saha's wicket reduced Punjab to 65 for four by the ninth over.

They recovered, thanks to David Miller, but failed to win. 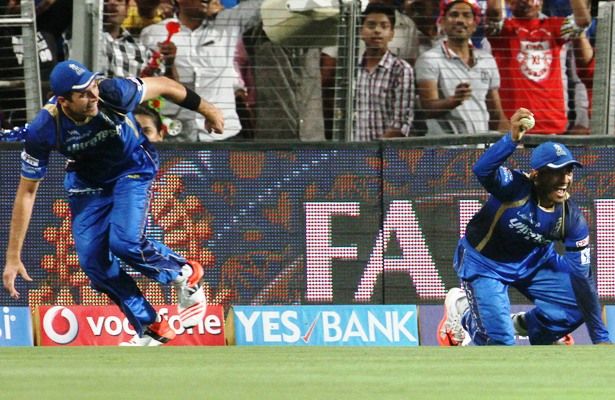 The Tim Southee-Karun Nair acrobatic relay work at the long-on boundary came about in Rajasthan Royals’ match against the Kings XI Punjab.

In that match in Pune, which Rajasthan won by 26 runs, Southee took another blinder to cut short Glenn Maxwell's innings. 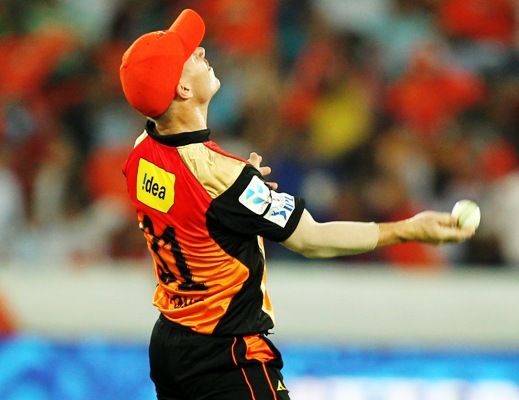 The Sunrisers Hyderabad's captain is also one of the best fielders. His best effort on the field came in the match against Royal Challengers Bangalore.

Warner soared high to his right and took a stunning one-handed catch to end Mandeep Singh's innings before the batsman could open his account.

The dismissal reduced Royal Challengers Bangalore to 93 for four after 12 overs. They managed 166.

The Australian then led from the front, scoring 57, as Hyderabad won by eight wickets. 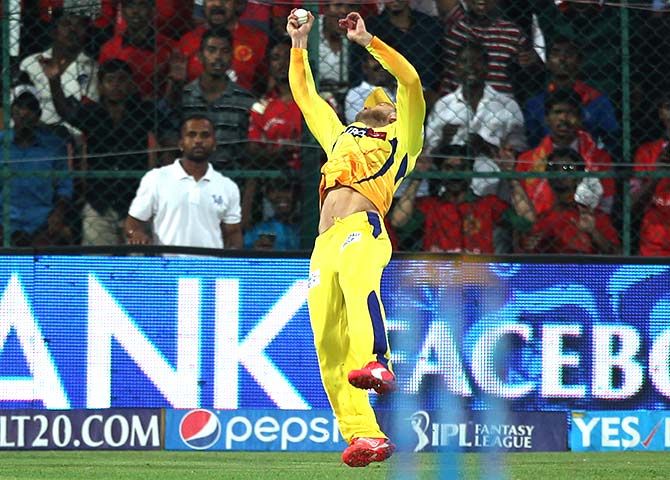 Faf du Plessis is one of the best fielders around in world cricket, and Chennai Super Kings have benefited from his skills more often than not.

While the South African's effort to send back Corey Anderson of Mumbai Indians was top class, he bettered it with a stunner against Royal Challengers Bangalore.

Manvinder Bisla (17) top-edged a delivery and the South African took a brilliant catch, running back, to set Chennai on course for a memorable victory.

Coincidentally, in both the catches mentioned, Ashish Nehra was the bowler who benefited. 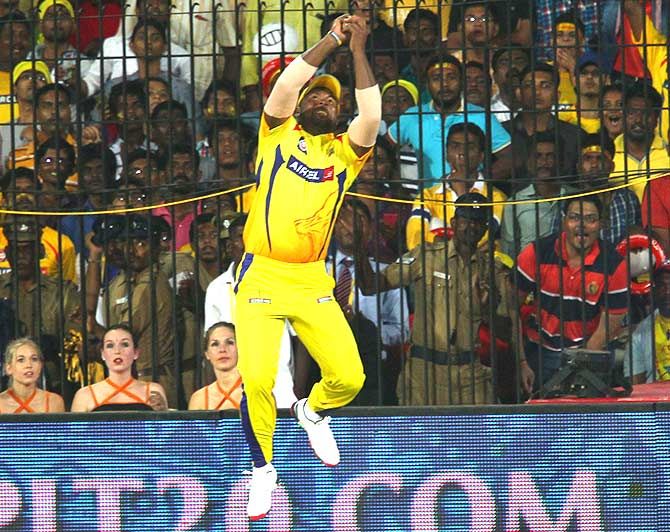 Batting first against the Sunrisers Hyderabad at the Chepauk, Chennai Super Kings put up 209, thanks largely to Brendon McCullum's 100.

Dwayne Smith (27) had helped his partner add 75 runs for the opening wicket.

Chennai earned a 45-run victory as a result. 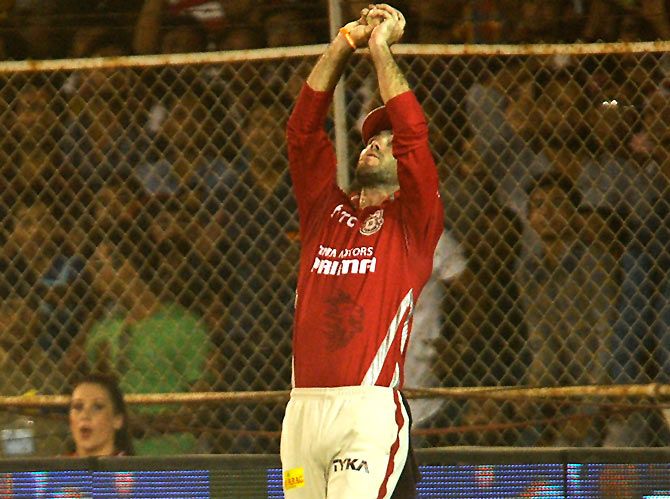 This was, so far,  the lone game that had a 'Super Over'.

With both the teams -- Rajasthan Royals and Kings XI Punjab -- having scored 191-6, it was the latter who won the one-over eliminator in Motera.

While Glenn Maxwell failed with the bat on the day, scoring just one, he did his bit on the field, taking two brilliant catches.

His catch at long-on, to account for James Faulkner, was a supreme effort. So was the one at deep mid-wicket, which ensured the in-form Steve Smith was sent back to the pavilion even before he had opened his account.