'You have to have a tenacious approach in Test cricket, nice guys come second, that’s my saying' South African opening batsman Dean Elgar doubts Australia can keep up their 'docile' approach to Test cricket as the tourists slip towards a heavy defeat and a series loss in the fourth and final Test at the Wanderers.

Australia are chasing a massive 612 for victory, but at 88 for three will now be focused on batting out the final day for a draw that will see them succumb to a first series defeat in South Africa since 1970.

Following the ball-tampering scandal that resulted in former Australia captain Steve Smith, his deputy David Warner and batsman Cameron Bancroft being sent home and given hefty bans after the third Test in Cape Town, new skipper Tim Paine said his team would cut out some of the boorish behaviour they had become synonymous with in recent years.

"I have played quite a few Tests against Australia and it’s definitely been the most docile since I started playing Test cricket. I’m pretty sure it’s not going to last very long."

"If your bowlers are clocking in massive overs and they are biting their tongue, sooner or later they are going to unleash something."

"There’s a lot of frustrations in this game and a lot of frustrations happen within five days. It’s only human nature for guys to potentially say words to each other, but that’s fine if you are not personal and are just having a competitive edge on the field. I’m extremely happy with that."

South Africa will push for victory on the final day, but have concerns over seamers Kagiso Rabada (back strain), Morne Morkel (side strain) and Vernon Philander (groin strain).

"We have had a few bowlers that have pulled up with niggles and it was a concern for us if they were going to bowl in the second innings," Elgar said.

"Thank goodness they could get through quite a few overs (on Monday) and bowl well on a wicket that is assisting them nicely. Even if we have them running in at 60 percent tomorrow, it’s going to be awesome for us."

It was those injury concerns that were behind South Africa’s decision to keep on batting to tea on the fourth day and take their lead past 600.

"It’s a first for me (to see a 600-run lead) and I’m glad I am in the happier dressing room. It’s a combination of us playing good cricket and potentially a weary Australia side, who have been through quite a bit in the last few weeks."

© Copyright 2021 Reuters Limited. All rights reserved. Republication or redistribution of Reuters content, including by framing or similar means, is expressly prohibited without the prior written consent of Reuters. Reuters shall not be liable for any errors or delays in the content, or for any actions taken in reliance thereon.
Related News: Australia, South Africa, Elgar, Vernon Philander, Cameron Bancroft
COMMENT
Print this article 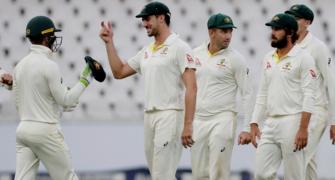 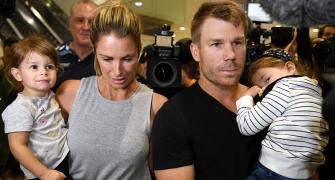 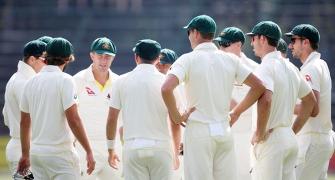 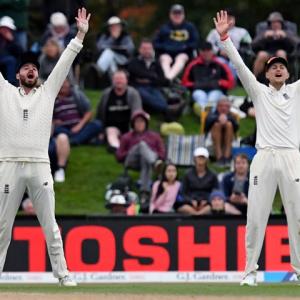