Former England captain Michael Vaughan has backed Jos Buttler to become the team's white-ball skipper after Eoin Morgan steps down, saying the decision would be a 'no-brainer'.

Reports in British media said Morgan is set to announce his retirement from international cricket later on Tuesday, ending a career in which he played more than 300 times across 50-overs and Twenty20 formats.

The 35-year-old captained England in a record 126 one-dayers and 72 Twenty20 internationals, with Buttler his deputy since 2015, but has been battling form and fitness problems in recent months.

"For me it's a no-brainer that Jos Buttler takes over that role," Vaughan wrote in the Daily Telegraph. "He's the best white-ball player in the world, he's got a very smart cricket brain, and he's got that calmness you need.

"I guess his personality might be different from Eoin. The one thing that Jos will have to be very, very good at is staying the same when he doesn't have a good game or two. That has been Eoin's massive strength -- he has never changed ..."

Vaughan added that Buttler, who top scored in the Indian Premier League (IPL) this season with 863 runs, could also be a perfect fit for the England Test team's newfound swashbuckling style.

"If something as radical (as) Buttler as Test opener was ever going to work it would be now," Vaughan said.

"I'd love to see him in this group playing like he played in the IPL ... Why not? England are generally one down early anyway, so they might as well be one down early by someone having a big old yahoo." 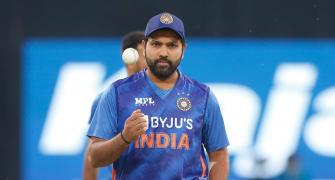 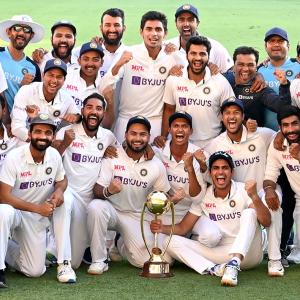