Jailed Pakistani cricketers Salman Butt and Mohammad Amir's appeals against their prison sentences for involvement in spot-fixing will come up for hearing on November 23.

According to reports in the media here, "the Court of Appeal will hear their case on November 23 with the Lord Chief Justice presiding."

The 27-year-old Butt has been sentenced to two and a half years in prison, while Amir, 19, is serving a six-month sentence in a youth detention and correction centre.

The duo, along with pacer Mohammad Asif, was found guilty of fixing parts of a Test match against England last year after taking money from a bookmaker Mazhar Majeed, who has been sentenced to 32 months in prison.

In February, all three players were banned from playing for five years by the ICC. They are also appealing against the suspensions.

Source: PTI© Copyright 2020 PTI. All rights reserved. Republication or redistribution of PTI content, including by framing or similar means, is expressly prohibited without the prior written consent.
Related News: Mohammad Amir, Mohammad Asif, ICC, Court of Appeal, Justice Cooke According
SHARE THIS STORYCOMMENT
Print this article 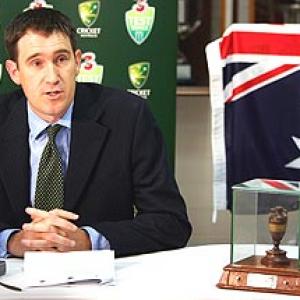