News
Business
Movies
Sports
Cricket
Get Ahead
Money Tips
Shopping
Sign in  |  Create a Rediffmail account
Rediff.com  » Cricket » IPL: Will Kohli get back among the runs in Battle of Royals?

IPL: Will Kohli get back among the runs in Battle of Royals? 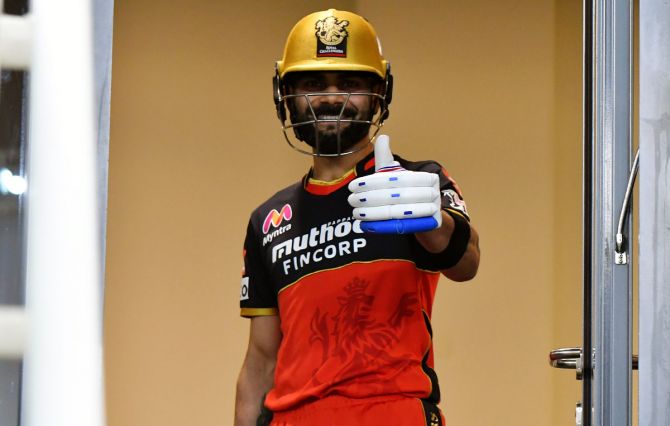 IMAGE: Royal Challengers Bangalore captain Virat Kohli is yet to set the tournament on fire and Saturday could be his day. Photograph: BCCI/IPL

The dew factor will go out of the window but the searing heat will be an issue when Royal Challengers Bangalore take on a better prepared Rajasthan Royals in the first of the 10 IPL double-headers, in Abu Dhabi, on Saturday.

Having played their first two games at Sharjah, the smallest of the three venues, Royals got their strategy wrong in the game against Kolkata Knight Riders in Dubai.

The Sheikh Zayed Cricket Stadium in Abu Dhabi is on the bigger side and Royals' experience of playing in Dubai will help them plan better for the match.

Meanwhile, RCB will also be playing their first game at the venue.

With the batsmen unable to hit through the line as consistently as they could do in Sharjah, Royals failed to chase 175 against KKR on Wednesday. IMAGE: Rajasthan Royals' Sanju Samson has been in great form with the bat in the IPL. Photograph: BCCI/IPL

Since they have a settled overseas players' combination, one possible change in the eleven could be replacing pacer Ankit Rajpoot with Varun Aaron, who is yet to get a game.

The team has benched young opener Yashasvi Jaiswal after Jos Buttler's arrival but calls have been growing for his inclusion. With the top three picking themselves, the stylish southpaw can only play in the middle order.

The in-form Steve Smith and Sanju Samson perished cheaply against KKR, but they could be keen to produce another cracking innings against RCB, while Jos Buttler is quite dangerous at the top of the order.

Both Royals and RCB go into Saturday's afternoon match with two wins from three games.

RCB skipper Kohli is yet to set the tournament on fire and Saturday could be his day. Kohli could be due for a huge score, after having managed 18 runs in three matches played so far --  14 vs SunRisers Hyderabad, 1 vs Kings XI Punjab and 3 vs Mumbai Indians. 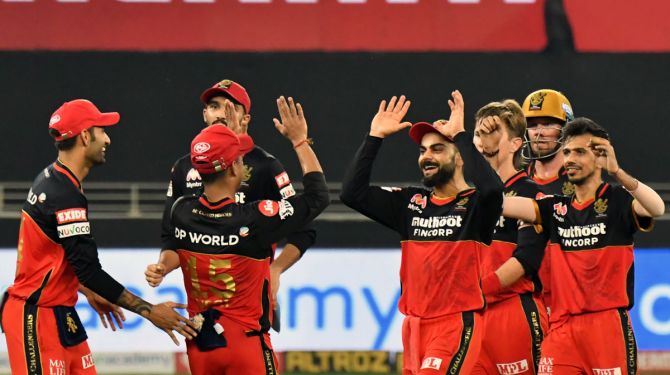 RCB have made a promising start but need to improve their fielding and death bowling. Navdeep Saini bowled a tidy Super Over against Mumbai Indians to get his team over the line after RCB leaked as many as 79 runs in the last four overs with the game ending in a tie.

The Bangalore franchise made three changes in the previous clash and are likely to give those players - Isuru Udana, Adam Zampa and Gurkeerat Mann - another go.

The move to open the bowling with Washington Sundar paid off as the off-spinner returned with figures of 12-1 in four overs in a game where more than 400 runs were scored.

Ab de Villiers has shown ominous touch and it must be heartening for the team management to see Shivam Dube providing the big hits towards the end against Mumbai Indians. 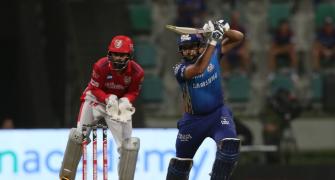 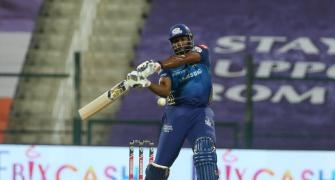 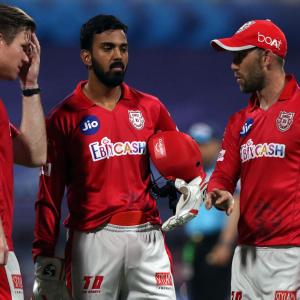 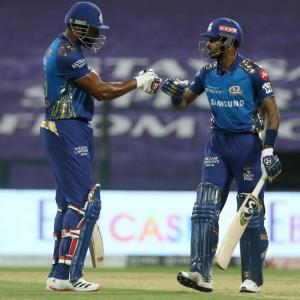