Former India skipper Nari Contractor, whose Test career was cut short after he suffered a near-fatal skull injury in the West Indies in 1962, was conferred the Board of Control for Cricket in India's prestigious CK Nayudu Award for Lifetime Achievement.

Contractor, who lives in Mumbai but played all his domestic cricket for his native Gujarat, received the trophy named after the country's first Test captain from Board President Sharad Pawar, along with a citation and a cheque for Rs 15 lakh at the BCCI's annual awards function in Mumbai on Sunday.

Tendulkar received the Polly Umrigar Award, carrying Rs five lakh prize and a trophy, for outstanding performance in international matches in the 2006-07 season, as well as a special trophy for reaching personal milestones of 11,000 and 15,000 runs in Tests and ODIs.

Jhulan Goswami: Trophy and a cheque for Rs one lakh for becoming the ICC Women's Cricketer of the Year 2007.

Mumbai Cricket Association: Trophy for the overall best performance in the 2006-07 domestic season.

Anju Jain and Anjum Chopra: Arjuna awardees in women's cricket for 2006 and 2007 respectively who will get a trophy each.

Ajinkya Rahane (Mumbai): Chidambaram Trophy and Rs 50,000 as the best under-19 cricketer.

All the awards were presented by Pawar. 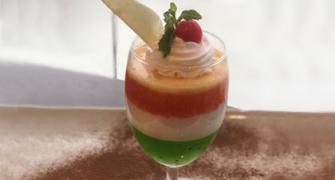