Rahul Dravid continues to rule as the top batsmen in the year 2011 following his impressive showing in the three-match Test series against the West Indies.

- Rahul Dravid: We can't take anything for granted in Australia

Darren Bravo also jumped up the rankings to number three after his superb showing with the bat against India.

In the bowling stakes, there is no challenging Pakistan off-spinner Saeed Ajmal, who is sitting pretty at the top with 50 wickets in eight Tests. India's Ishant Sharma is second with 41 wickets (11 matches) followed by two spinners in West Indian Devendra Bishoo (39 wickets from 10 Tests) and Pakistan's Abdur Rehman (36 wickets from eight games).

Note: All statistics up to and including Mirpur Test between Bangladesh and Pakistan. 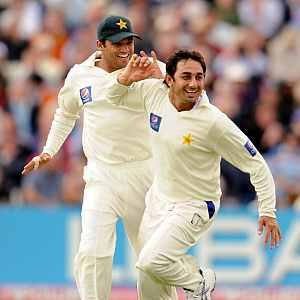