Stats: India have lost 41 Tests by an innings margin

Statistical highlights at the end of the third Test between India and Australia at the WACA in Perth on Sunday.

# On the other hand, Australia's success  percentage is quite impressive -- 347 wins, 194 defeats, 197 drawn games and two tied matches out of 740 played. Australia remain the only team to have recorded a winning percentage of 40 or more in Tests.

# As captain, Mahendra Singh Dhoni enjoys a success percentage of 45.94 -- his record being seventeen triumphs, 10 defeats and 10 drawn games out of 37 contested.

# Clarke's captaincy record has improved a lot -- six wins, three defeats and two drawn games out of eleven contested -- that makes a success percentage of 54.54.

# Dhoni has set an unwanted Indian record by losing six Tests by an innings margin. Lala Amarnath had lost five games by such a margin.

# David Warner won the Man of the Match award for the second time -- his first was against New Zealand at Hobart in December last year. Despite a hundred from Warner, Australia had lost that Test.

# Virat Kohli (75) has recorded his career-best innings, surpassing the 63 against West Indies in Mumbai in November 2011.

# Kohli posted his first half-century on foreign soil -- his first against Australia.

# Kohli has posted three fifties in Tests -- 52 & 63 against the West Indies in Mumbai in November last year and 75 against Australia in the just concluded Test at Perth.

# Kohli and Rahul Dravid have shared a 84-run stand for the fifth wicket -- an Indian record at WACA Ground, surpassing the 68 between Kohli and Laxman in the first innings of the 2011-12 Test.

# Dravid has been dismissed 54 times as 'bowled' -- an unwanted record, overtaking Allan Border's tally of 53. He has been bowled eight times in his last 10 innings.

# Ben Hilfenhaus has taken 23 wickets at an average of 16.00 -- his best ever performance in a Test series. He is the only bowler to claim 20 wickets or more in the present series.

# Hilfenhaus (8/97) has recorded his best figures in a Test match. He has now bagged 29 wickets at an average of 21.68 in five Tests against India.

# For the first time at Perth, India failed to post 200 in each innings.

# Ricky Ponting now figures in 105 wins for Australia, extending his own record. 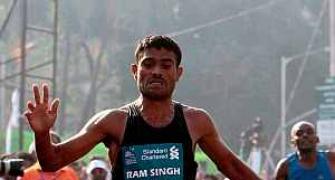 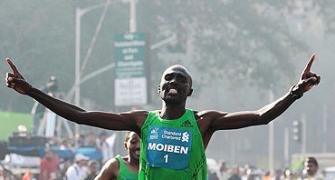 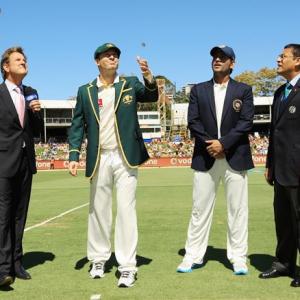 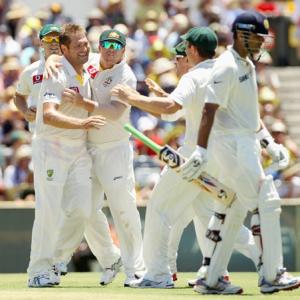