Plethora of records for Dhoni

MS Dhoni played gem of an innings to put India in a strong position against Australia in the Chennai Test. Coming into bat after the fall of Tendulkar’s wicket, Dhoni scored 206 runs out of the 319 runs scored by India.

He established many new records during his highest innings in first-class cricket. We take a look:

Dhoni’s innings is the highest by a wicketkeeper–captain in Test cricket, obliterating England’s Alec Stewart’s 164 vs South Africa at Manchester in 1998.

Dhoni’s innings is also the highest by an Indian wicketkeeper in Test cricket, putting into shade Budhi Kunderan’s 192 vs England also at Chennai in 1963-64.

Dhoni’s innings is now the second highest by an Indian captain in Test cricket, after Sachin Tendulkar’s 217 vs New Zealand at Ahmedabad in 1999-00.

Dhoni scored 109 runs in the post tea session. He is only the sixth Indian batsman to score a hundred in a session after Polly Umrigar, Mohammad Azharuddin, VVS Laxman, Virender Sehwag and Yuvraj Singh. Sehwag has done this on three occasions.

It is also the fastest double hundred against Australia. Viv Richards –who took 242 balls to race to his double hundred at Melbourne in 1984-85- held the previous record.

The 206 runs scored by Dhoni are the fourth most by an Indian in a single day in Test cricket. Virender Sehwag is the only other to have scored more. Sehwag, in fact, has scored 284, 257 and 228 runs in a single day’s play.

Dhoni has now aggregated 2667 runs as Indian captain, which takes him past Sourav Ganguly’s tally of 2561 runs. Now only Sunil Gavaskar (3449) and Mohammad Azharuddin (2856) are ahead of Dhoni in scoring more runs while captaining India.

Most runs by Indian captains in Tests

Dhoni now also holds the Indian record of most runs as captain in all international cricket (Tests, ODIs, T20Is combined). He went ahead of Mohammad Azharuddin’s tally of 8095 runs. 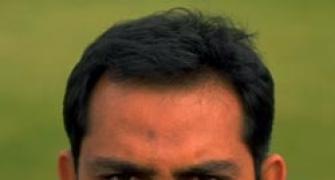 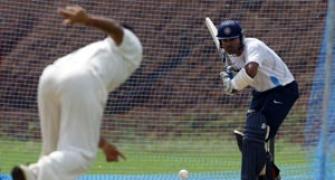 Who will open with Sehwag in the first Test vs Aus? 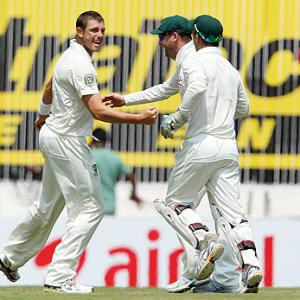 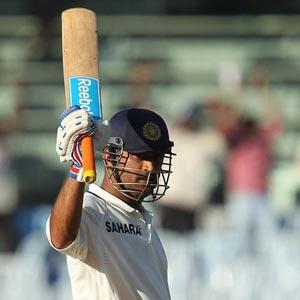