For former Australia fast bowler Mike Whitney, dismissing Sachin Tendulkar twice during the iconic Indian batsman's debut tour Down Under in 1991-92 remains the happiest moment of his short 12-Test career.

"The bloke (Tendulkar) has more than 15,000 Test runs... to have Tendulkar on my list of Test wickets - I'm pretty happy about that," said Whitney, who claimed Tendulkar's wicket twice in that series, which Australia won 4-0.

- When Shaun Marsh kicked the bottle

Whitney, who finished his career with 39 Test wickets, first tasted success against Tendulkar in the opening Test match in Brisbane when he dismissed the champion batsman for 16.

"I bowled him an in-swinging yorker after he smashed me through the covers," he recollects. 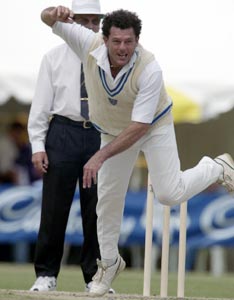 "He came with a bit of a reputation, being so young, and what I remember about him clearly was he was wearing these all-in-one pads that I think Sunny Gavaskar had given to him," he said.

Asked about India's 1991-92 tour of Australia, one thing which immediately comes to Whitney's mind is Tendulkar's brilliant 148 in the Sydney Test, when Shane Warne had made his debut.

"I remember that game because I was picked as 12th man, and Bruce Reid bowled about half-a-dozen overs and broke down," said Whitney, a fast bowler-turned-television personality.

"I had to field, and Tendulkar got 148 and Ravi Shastri got 206. I just remember chasing the ball from one end of the SCG to the other, and being very frustrated that I couldn't bowl, couldn't bat, couldn't take any other part in the game than chasing leather."

Then an 18-year-old, Tendulkar left such an impression on Whitney during his first Australia tour that the former left-arm pacer still remembers the three-day match in which the champion Indian batsman scored 82 in team's first innings score of 209.

"It was pretty much a greentop. I think I took six-for in the second innings. The ball was seaming and swinging everywhere, and (Tendulkar) looked unbelievable that day amongst a collapsing batting line-up," Whitney recollects. 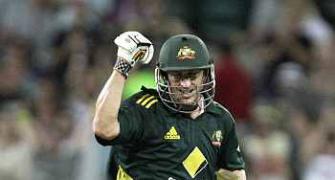 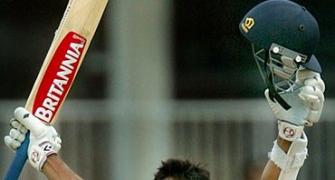 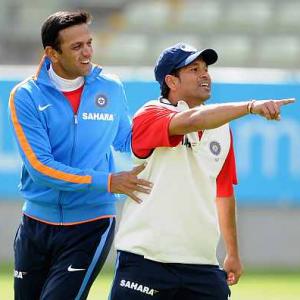 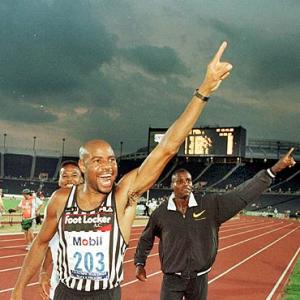