Australia turned around the first Test against the West Indies in Barbados on Tuesday through a great rearguard action from their tailenders and some penatrating bowling.

At the close of the fourth day, West Indies led by just 114 runs with five wickets remaining in the rain-interrupted match.

West Indies began the penultimate day sensing a real chance of victory but, with their top order failing, they were 71 for five and run the risk of defeat after being on top for three days.

Australia recovered from 250 for seven to declare on 406 for nine, a surprise move from skipper Michael Clarke, given his team were behind, but one which proved amply justified as the Caribbean side quickly crumbled.

The morning session began brightly for the hosts with early delight for the Kensington Oval crowd when Mike Hussey went for 48, having added just one to his overnight total, with an inside edge off Kemar Roach superbly taken by wicketkeeper Carlton Baugh.

Peter Siddle was then dismissed for a duck, making a mess of a short delivery from Fidel Edwards and spooning a catch to the diving Kirk Edwards at gully.

His dismissal left Australia on 250 for seven and the home side must have been expecting to get through the last three wickets quickly.

It was not to be though as the lower order showed plenty of application with Matthew Wade making 28 before he went caught by Darren Bravo off Fidel Edwards.

Ben Hilfenshaus contributed a useful 24 before he was bowed by Roach but the key innings came from Ryan Harris who made his best Test score by reaching 68 not out, his maiden Test half-century.

With number 11 Nathan Lyon, whose previous best Test score was 14, making an unbeaten 40 at the other end, the last pair put on 77 runs and pushed Australia into a position where Clarke was able to make a declaration.

The Australian skipper clearly felt that time rather than more runs was the priority and his move appeared to catch a tired and demoralised West Indies team by surprise.

West Indies lost three wickets for just four runs in a brief session before tea as Hilfenhaus bowled Adrian Barath (2) and had Kraigg Brathwaite (0) caught behind in the third over.

Hilfenhaus then trapped Kirk Edwards (1) leg before and West Indies went in for tea with three men down.

Yet again, the pressure was on Shivnarine Chanderpaul, a century maker in the first innings, to deliver a big innings but this time he went cheaply - caught by Wade moving to his left off Harris.

Darren Bravo and Narsingh Deonarine got their heads down and looked to see out the session but with less than five overs of play remaining, Bravo attempted to drive Siddle, found the edge and Wade comfortably took the catch.

In the space of 2-1/2 sessions, Australia moved from a team who would have been happy to survive for a draw to one which now has a real chance of victory.

West Indies fans were left wondering how many more ways their team can find to throw away winning position in Tests.

Scoreboard (at the close of play, Day 4)

B Hilfenhaus b Roach 24

A Barath b Hilfenhaus 2

N Deonarine not out 20

C Baugh not out 2

© Copyright 2021 Reuters Limited. All rights reserved. Republication or redistribution of Reuters content, including by framing or similar means, is expressly prohibited without the prior written consent of Reuters. Reuters shall not be liable for any errors or delays in the content, or for any actions taken in reliance thereon.
Related News: Peter Siddle, Matthew Wade, Hilfenhaus, Darren Bravo, Carlton Baugh
SHARE THIS STORYCOMMENT
Print this article
Aus toil as Edwards, Braithwaite fifties lift Windies 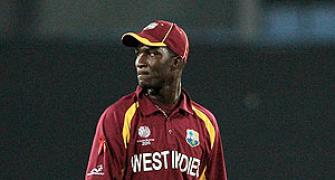 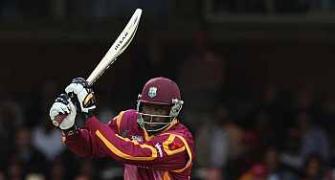 Gayle not in Windies squad, board to meet Jamaica PM 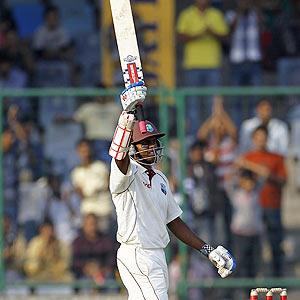