The Indian batting line-up is the best in the world but not untameable if talismanic skipper Virat Kohli is kept in check, feels Australia vice-captain and pacer Josh Hazlewood.

Kohli had scored 692 runs, including four hundreds, during India's previous Test tour of Australia and Hazlewood said the run-machine will once again take centrestage when the rivalry renews from December 6, in Adelaide.

"I see the Indian line up as the best in the world, if not right up there, led by Virat and I think they feed a lot off him and how he goes about things," Hazlewood said.

"They've played a lot at home since we played them last in Australia. They toured England and South Africa, and it was only Virat who stood out. A lot of the other haven't scored too many of the runs," he added.

The bowler said his team has been making plans for Kohli and a few 'options' will be in place.

"I think we'll obviously have a chat about him before the game starts. We'll come up with a couple of options. It's about what conditions suit, with a player of that caliber you need a few options," Hazlewood told reporters.

But sledging the marauding batsman does not figure in those options.

"Virat obviously thrives on that sort of stuff. It gets him going and he probably plays his best cricket when he's doing that. It's up to the individual - if it's a bowler or a fielder. I am usually pretty quiet when I am bowling."

"If we can make some early inroads in this first Test, it's always crucial and the first innings. If we can get on top of them early, hopefully that will filter through the rest of the Test."

India have been touted as favourites against Australia in the absence of the banned batting duo of Steve Smith and David Warner but Hazlewood said it would be an even contest.

"I think it's pretty even. They're obviously number one Test team in the world but we play some good cricket at home. So I think it's very even heading this," he said.

"With our bowling attack we're very confident and based on last year, we had quite a good template there and it worked pretty well (in the Ashes). So we'll be looking to replicate that and test it against one of the best batting orders in the world."

Australia's quest for reverse swing led to a ball-tampering scandal against South Africa in March this year and this will be the first Test at home for the hosts since that infamous Cape Town Test.

Talking about working the ball for reverse swing during the series, Hazlewood said, "It's pretty common sense. The rules are pretty clear now – it's good to have it in black and white."

"This ground and Perth are not ideal for reverse swing so it's more normal seam and swing. I don't think it's going to play a massive part in this game."

Hazlewood also stressed on the importance of off-spinner Nathan Lyon, especially the fact that he can bowl long spells to allow the three pacers enough time to recuperate themselves.

"He's the key for me. With the four of us, you have Pat who bowls shorter spells and sometimes Starc too. So to have Lyon, it even worked well two weeks ago when we played the Shield game."

"He pretty much bowled from one end after the new ball and we filtered through from the other end."

He added that the fitness of their three-pronged pace attack, also consisting of Mitchell Starc and Pat Cummins, will probably determine the course of this series. 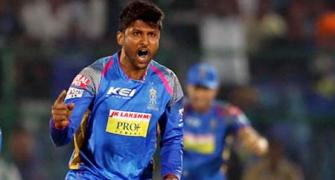 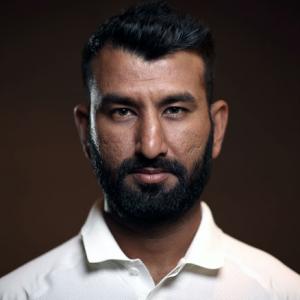