News
Business
Movies
Sports
Cricket
Get Ahead
Money Tips
Shopping
Sign in  |  Create a Rediffmail account
Rediff.com  » Cricket » Australia at risk! Not much left in its pace stocks

Australia at risk! Not much left in its pace stocks Renowned for his express pace, ferocious bounce and capacity to intimidate, Mitchell Johnson quit from all forms of international cricket, saying he had lost the hunger.

Australia coach Darren Lehmann says he and captain Steve Smith both wanted the 34-year-old to play on, at least in One-dayers, but were unable to convince the fiery fast bowler to reconsider retirement.

Top class left-armers are in short supply, however, and chief selector Rod Marsh joked that he had mulled telephoning Johnson to see whether he might like to come out of retirement.

"You've got to respect a bloke when he retires," Marsh told reporters in Adelaide. "It would have been nice, wouldn't it?"

The retirement of Mitchell Johnson, coupled with the injury cloud hanging over Mitchell Starc, will force Australia to dig deep into their pace reserves during the home summer but ready-made left-arm replacements are in short supply. Australia head into next week's series opener against the West Indies without a left-arm paceman for the first time since August 2013, when they were beaten in the fourth Test of the Ashes at Chester-le-Street.

Finding the last time Australia won a Test without a left-arm quick requires a scan back to April 2012, when they defeated the West Indies on tour in Bridgetown with a pace attack featuring Ben Hilfenhaus, Ryan Harris and Peter Siddle.

The variation brought to the table by Johnson, and more recently Starc, has been a key weapon in Australia's arsenal but right-armers may have to shoulder the burden through to the end of the two-Test tour of New Zealand in February.

Siddle and Josh Hazlewood, man-of-the-match in the third Test win over New Zealand in Adelaide, are virtually assured of lining up against West Indies in Hobart from Dec. 10, with James Pattinson expected to replace the injured Starc.

Nathan Coulter-Nile has been called up to the squad, with fellow uncapped right-armer Scott Boland in reserve. Doug Bollinger has been the pick of the southpaws over the past two seasons of Sheffield Shield cricket, but the 12-Test paceman is 34 and played his last Test five years ago.

Jason Behrendorff would have shaped as a strong candidate for the West Indies series but has broken down with a back injury and the Western Australian could yet be sidelined for the rest of the domestic season.

Marsh earmarked Joel Paris, another Western Australian, as a left-arm talent to watch but the 22-year-old just completed his first-class debut against Victoria.

"He's one that we'll be keeping our eye on for sure, because he's very tall and he swings the ball and he had a brilliant junior career," Marsh said.

"(Right-armer) Billy Stanlake is another one, from Brisbane. We've got two youngsters who I think, going forward, will be very good fast bowlers for Australia." 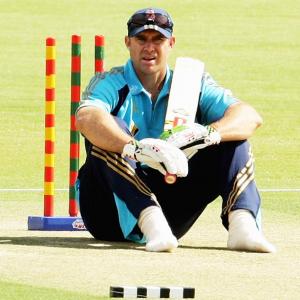 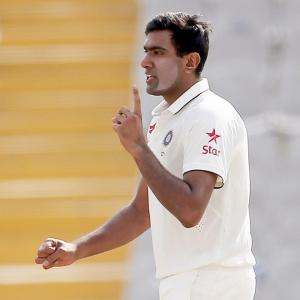