While ODI captain Aaron Finch said the team backed Justin Langer "100%", reports of players being put off by the coach's "grumpy" temperament have continued to surface. 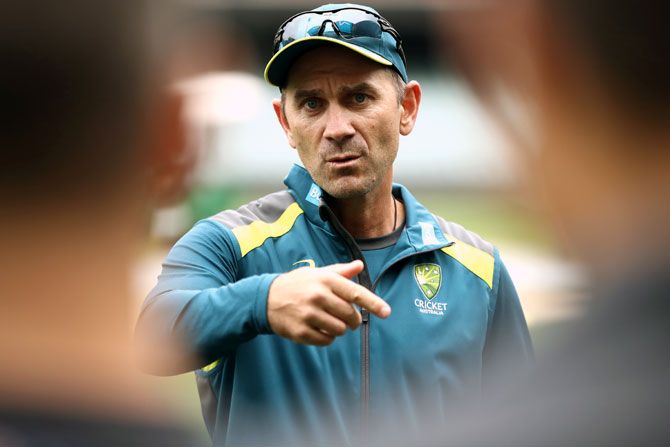 IMAGE: Rumours of dressing room friction were confirmed last month by white-ball captain Aaron Finch, who said players had given Justin Langer "confronting" feedback about his management style in a team review, and the coach had tackled it head-on during a camp on the Gold Coast. Photograph: Rafael Marchante/Reuters

A few months before Australia bid to retain the Ashes in a summer clouded by pandemic uncertainty, Justin Langer stands on shaky ground with criticism of his coaching style piling up in the wake of the team's recent setbacks.

A depleted Australia completed a poor white-ball tour this month, suffering their first ever series defeat to Bangladesh in the wake of a heavy loss to West Indies.

While the defeats underlined a lack of depth ahead of the Twenty20 World Cup, reports of a heated exchange with a Cricket Australia journalist in Bangladesh shone the spotlight on Langer's role in a tense team environment.

Australia's team manager Gavin Dovey and Langer took turns to admonish the journalist for posting a video of Bangladesh singing their team song on the Cricket.com.au website after securing the series win, the Sydney Morning Herald reported.

The confrontations played out at the team hotel in full view of players, some of whom were taken aback by them, it said.

"In hindsight, it was one of those instances which should have taken place in private. I take full ownership of that,” Dovey told the paper.

Appointed in the wake of the Newlands ball-tampering scandal in 2018, Langer was hailed for his success in helping captain Tim Paine heal a fractured team and win the Ashes in England the following year.

Much of the goodwill disappeared at the end of the home summer, though, as Australia slumped to a 2-1 series loss against a severely depleted India.

Rumours of dressing room friction were confirmed last month by white-ball captain Aaron Finch, who said players had given Langer "confronting" feedback about his management style in a team review, and the coach had tackled it head-on during a camp on the Gold Coast.

While Finch said the team backed Langer "100%", reports of players being put off by the coach's "grumpy" temperament have continued to surface.

In separate newspaper articles on Wednesday, two of the country's leading cricket writers wrote of players being worn down by the team environment.

Former players have demanded Cricket Australia put a stop to "leaks" to media from team insiders, saying they are undermining Langer's authority.

"It is going to derail the summer if they don’t get a hold of it," former Australia wicketkeeper and media pundit Adam Gilchrist said on radio station SEN WA this week.

Cricket Australia boss Nick Hockley said Langer was contracted through to mid-2022 and had an "important part to play" with staff and team leaders in ensuring a successful summer.

"His efforts have restored public faith in the national team, which is a side all Australians can be incredibly proud of," Hockley said in a statement on Wednesday.

In the modern era of Australian cricket, coaching changes have not gone smoothly, tending to follow sustained campaigns of media criticism.

Langer's predecessor Darren Lehmann resigned in the wake of the Newlands scandal, having taken much of the blame for the team's brash and aggressive conduct on field.

Lehmann had taken over from Mickey Arthur shortly before the 2013 Ashes in England, after the South African oversaw the disastrous 'Homework-gate' tour of India where four players were suspended for failing to complete a written assignment.

As a batsman, Langer had to reinvent himself to win back his place in the all-conquering Australian teams around the turn of the century.

He ended up forming one of the nation's most dominant opening partnerships with Matthew Hayden before bowing out on his own terms at the end of a long and decorated career.

With players and staff set to be cooped up for months in biosecure bubbles, it remains to be seen whether Langer will have the time or space to reinvent himself as a coach and guide Australia to further successes.

© Copyright 2022 Reuters Limited. All rights reserved. Republication or redistribution of Reuters content, including by framing or similar means, is expressly prohibited without the prior written consent of Reuters. Reuters shall not be liable for any errors or delays in the content, or for any actions taken in reliance thereon.
Related News: Justin Langer, Aaron Finch, Australia, Darren Lehmann, ODI
COMMENT
Print this article 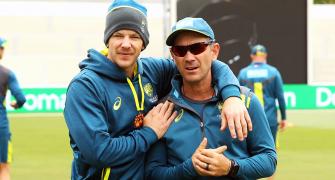 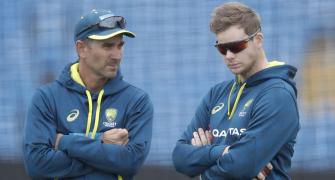 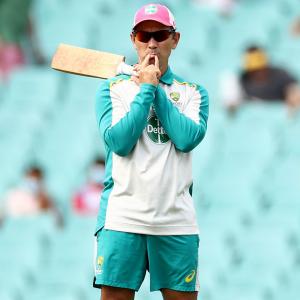