Pakistan's pace duo Mohammad Asif and Mohammad Aamer ripped through the New Zealand batting line-up to reduce them to 147 for eight in their second innings of day four of the first Test, in Dunedin, on Friday.

Pakistan are firmly in the driver's seat with the hosts having taken a second innings lead of 244 with just two wickets in hand.

Earlier in the day, resuming on 307 for 8, Pakistan's Aamer showed some resistance down the order, with a well crafted 22 before he was scalped by Shane Bond, who wrapped up the innings and registered figures of 5-107.

Pakistan were all out for 332 to concede a first innings lead of 97 runs.

However, accurate bowling, coupled with some sharp fielding saw Pakistan stage a comeback with the ball.

The New Zealanders would have thought of putting the pressure on the Pakistanis by piling on the runs and building a huge second innings target. This was not meant to be as the Pakistani bowlers caused mayhem first up.

Aamer picked both openers early as the Kiwis struggled to cope with the swing and they were soon reduced to two wickets for no run.

Tim McIntosh (31) and Ross Taylor (59) did some repair work. They stitched up a healthy partnership before the inevitable happened.

The Pakistani fielding was spot on. Khurram Manzoor's direct hit from square-leg to dismiss Taylor was proof enough of their commitment.

Asif struck before tea with two quick wickets, one of those of Tim McIntosh that was referred to the third umpire for a leg before wicket appeal, which reduced New Zealand to 112 for 5. 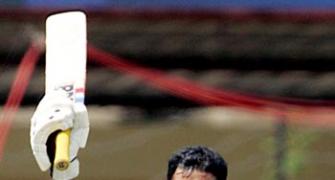 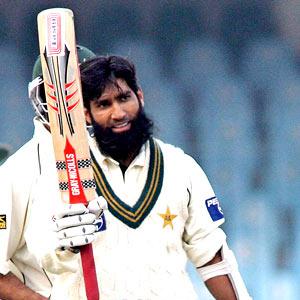 India in command after Tendulkar ton