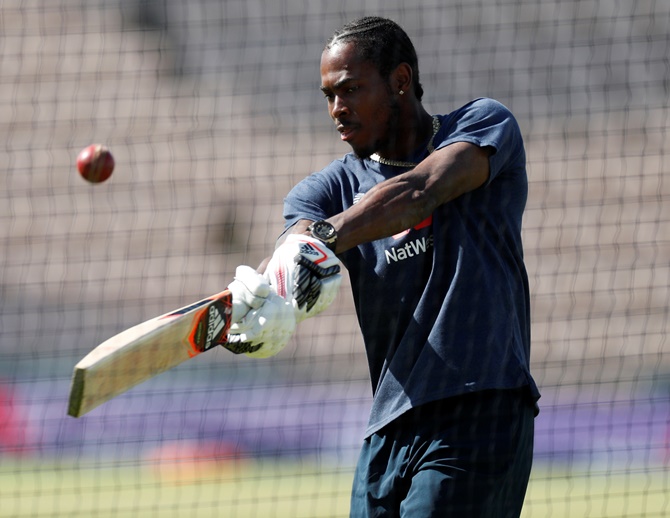 Jofra Archer has been included in England’s 14-man squad for the third and deciding Test against West Indies, which starts at Old Trafford on Friday.

The 25-year-old fast bowler had been expected to feature in the second Test but was dropped after he breached the bio-secure bubble -- in place to shield players from COVID-19 -- by visiting his home after the first match in Southampton had ended.

His participation in the third Test had also been in doubt as he admitted that was struggling mentally after being racially abused on social media for having to spend five days in isolation as a result of stepping out of the bio-secure environment.

But England selected him, on Thursday, signalling the possibility of continuing with the rotation of the bowlers.

The series against West Indies, which is tied at 1-1, will be followed by three Tests against Pakistan.

England lost the first Test but won the second by 113 runs.

© Copyright 2021 Reuters Limited. All rights reserved. Republication or redistribution of Reuters content, including by framing or similar means, is expressly prohibited without the prior written consent of Reuters. Reuters shall not be liable for any errors or delays in the content, or for any actions taken in reliance thereon.
Related News: Jofra Archer, England, James Anderson, Mark Wood, Dom Sibley
COMMENT
Print this article