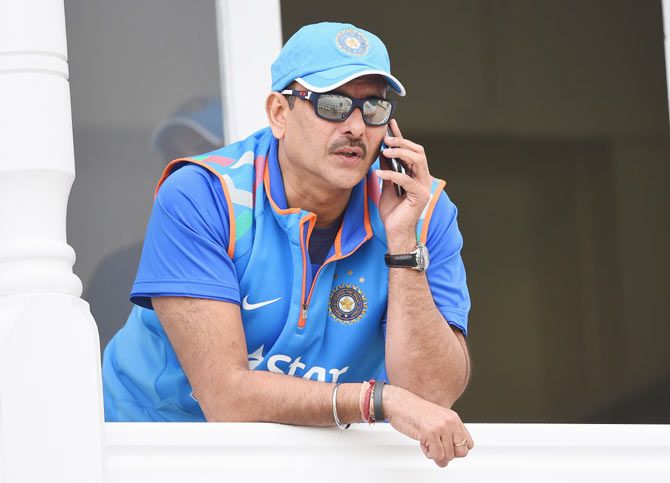 Ravi Shastri considers his 18-month stint as the Indian cricket team's director the "most cherished and memorable phase" of his life, but does not want to comment on the chances of him seeking a contract renewal.

"I have no doubt in my mind that these are the best 18 months that I have spent during my association with Indian cricket as a player and then as a Team Director.

"It has been the most memorable phase of my life if I just look back at what we achieved as a team during this phase. Credit to the boys for making it special," Shastri said, when asked about his stint with the Indian team.

Asked if he would apply for the job of Chief Coach, for which the Board of Control for Cricket in India will advertise, Shastri gave a typical tongue-in-cheek reply.

"I will only apply for accreditation of the IPL final," he quipped.

Shastri took over as Team Director after India's 1-3 Test series defeat to England in August 2014 and was there till the end of the ICC World T20 earlier this year.

"Yes, I have had success as a player. I fondly remember the 1985 World Championship of Cricket, 1983 World Cup and proud of those, but this phase as the Team Director was special. Look at some of the performances during this phase.

"We beat England in England in ODIs. (For the) first time a team whitewashed Australia in any format (3-0 in T20s) Down Under, winning a Test series in Sri Lanka after 22 years, beating South Africa in a Test series at home after a decade.

"When you take over, you set the bar high, but you do not know as to what all you can achieve," Shastri said.

So what was the most special of these bilateral series wins? Was it the Sri Lanka Test series or the 3-0 T20 series win in Australia?

Shastri replied: "That's for you people to decide, as I would not like to get into comparisons." 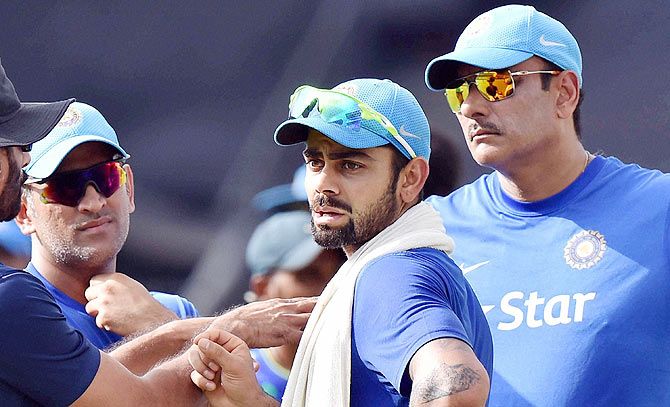 IMAGE: Mahendra Singh Dhoni, Virat Kohli and Ravi Shastri during a training session at Eden Gardens in Kolkata, ahead of the third T20I against South Africa. Photograph: Ashok Bhaumik.

Asked if he spoke to BCCI officials and gave a roadmap ahead for this young Indian team, Shastri said: "I have spoken to them long back. I have given them my feedback. Beyond that I won't say anything."

He has seen Virat Kohli evolve as India's premier batsman during this phase and for him the four centuries in Australia will remain the pinnacle of glory for India's immensely talented Test captain.

"Four centuries in four Tests in Australia. You can't beat that. He has been brilliant in IPL. Four centuries and nearly 1000 runs in IPL is fantastic, but nothing can beat four Test hundreds Down Under. 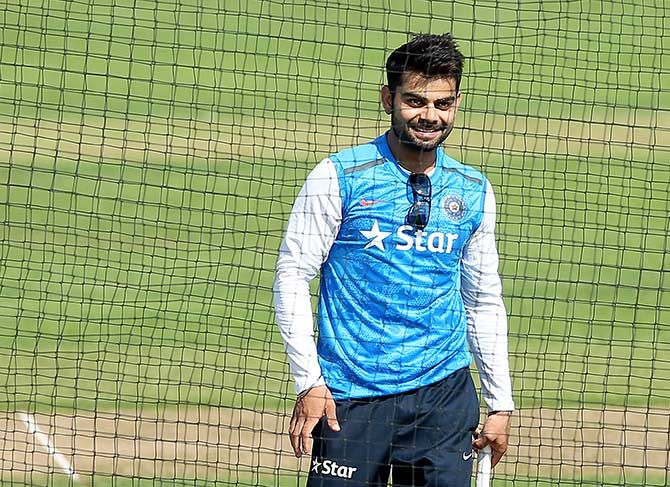 Insisting that Kohli is yet to peak, he said: "An international batsman's peak time is between 28 and 32 and he is just going up. He will achieve much more as the peak is yet to come."

The former India captain is also not ready to join the debate on whether Kohli should be India's captain in limited-overs' cricket too.

"Eventually, he will captain India across all formats. He is only 27 now, so he has plenty of time."

Asked who were the most improved players during his tenure with the Indian team, he replied: "I believe all of them made improvements, but Ajinkya (Rahane), Shikhar (Dhawan) and (Ravichandran) Ashwin are the three names that I can tell you." 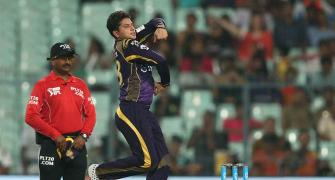 Selectors must keep an eye on Kuldeep Yadav: Gavaskar 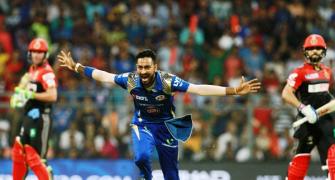 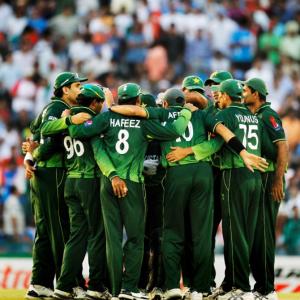 Should Pakistan players be allowed to play in the IPL? 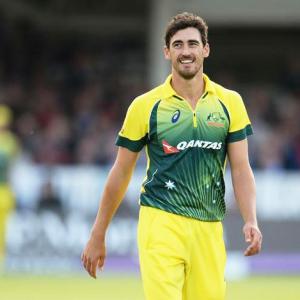