News
Business
Movies
Sports
Cricket
Get Ahead
Money Tips
Shopping
Sign in  |  Create a Rediffmail account
Rediff.com  » Business » What lies in store for start-ups in 2016? 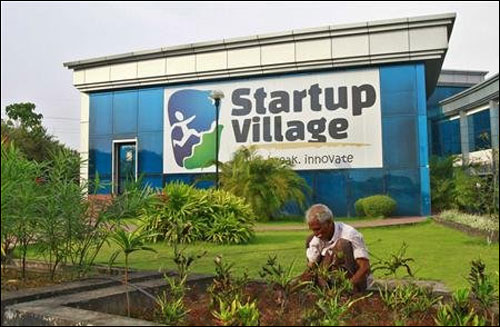 In 2015 the term start-up became a brand in itself, bestowing automatic glory to companies that label themselves thus, rues Ramesh Jude Thomas

The year gone by will go down as the year of the start-up, but the rush for valuations that we saw in 2015 could end up devaluing the brand in the long term. Will 2016 reverse the trend?

According to The Economist, there are 144 unicorns worldwide with a total valuation of $505 billion.

For those who have come in late, a unicorn is a start-up  which has achieved a valuation of more than $1 billion.

During the course of 2015 the term, start-up, became a brand in itself, bestowing automatic glory to companies that label themselves thus.

In India, we have eight unicorns, the valuations being topped off at $15 billion.

None seem to be in sight of any operating margins yet.

Undeterred, every start-up’s dream is to become a unicorn.

Many years ago, when Vodafone bought out Hutchison Telecom in India for the king’s ransom of $19 billion, the entire market had gasped.

Several commentators and analysts had asked us then, whether this inexplicable number could be due to the brand value of Hutchinson.

But Vodafone had no intention of even retaining the Hutch brand. Was it then the value of the customer base?

At the time of the sale, the valuation implied a value per SIM card of $900.

Think of this: even if the band of loyal and committed iPhone customers were to buy 10 devices in their lifetime, it would be difficult for Apple to recover a discounted post-tax earning of 900 bucks.

Cut to the present: the current flavour of the month is e-commerce.

It was retail before this, preceded by telecom.

Retail and telecom are investment pariahs now. Among the e-commerce giants, Flipkart figures among the mightiest.

It is valued at over $15 billion currently even thought its GMVs are less than a third of that number.

Revenues, which they never disclose, will be a fraction of that. This is the poster boy of Indian e-commerce.

Another e-comm icon, Myntra, announced last week that they are moving away from discounts in 2016.

It seems that the piranhas are turning vegetarian too!

Given the seemingly ad hoc nature of start-up operations, I am often asked whether the dizzy spiral of valuations that these e-commerce companies are riding on, reflects the strength of the brands that they are building.

To that let me reply with an anecdote.

A young gentleman armed with the best professional education that  money could buy, joined a coveted MNC. He moved along an established career path quite smoothly.

When he turned 40, he looked for a change as he believed he was destined for greater things and sure enough, he soon became a general partner with a reputed PE firm.

His 70-year old father didn’t quite get the idea.

“Dad” he explained, “this is the new world of capital. Instead of going to the markets or banks, a hard working entrepreneur approaches us.

"We put in money and own a significant chunk of his business.

"We earn 2 per cent on every dollar we invest and 20 per cent of any gains he makes on the value of his business.”

His dad thought about it and said, “Son, this is great. But please forthwith remove my name from any joint signatures we have on any legal document.

"I have heard of 420 businesses, but this is the first 220 business I have come across.”

Stirred, but not shaken, the gent continues to this day in the world of private equity.

The question is whether these valuations in e-commerce are any more real than the mythical beasts we saw in telecom and retail five and ten years ago.

Or the ones we will see soon in healthcare and maybe climate change.

And given the huge splurge in marketing and branding expenses, are these companies crunching the time it takes to gestate a brand and thereby devaluing it?

There’s one way to look at this.

Those of us who recall the insane real estate boom in Dubai before the crash will remember the time when one out of every six building cranes in the world were deployed in Dubai.

People took mortgages with the next market appreciation in mind. Not with any sense of intrinsic value.

When the market crashed, the distress sales couldn’t even repay the mortgages.

There are 7,000 plus companies listed on the BSE today. Most of them are not e-commerce players.

The problem with the exuberant marketplace that we see in the e-commerce space is that operating rationale is the first variable to go out the window.

And then the herd trading logic takes over.

And while the fun fair is under way, everyone is on the merry go round.

But at some point of time, like ring a ring a roses, we all fall down.

There is a bright spot in all of this though. Like one analyst put it, in an exuberant market, the stocks to buy are the vendors to these overvalued businesses.

Currently he is putting a lot of money into logistics firms. And Christmas came early for him and the delivery boys. Both are laughing all the way to the bank.