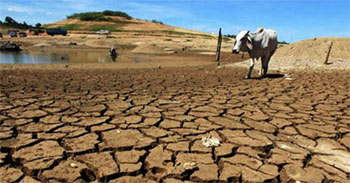 The much-touted US-India bonhomie failed when it came to climate-change talks between the two countries. The US government refused to accept an insertion in a joint statement between the two heads of states that reasserted the 2015 Paris climate agreement would be under the existing UN Convention on Climate Change, following the principle of common but differentiated responsibilities (CBDR) and the principle of equity.

With the disagreement continuing, all references to the principles and the UN climate convention were dropped in the joint statement Prime Minister Narendra Modi and US president Barack Obama signed.

But India did kowtow when it came to the US demand on a phase-down of climate-warming refrigerant gases under the Montreal Protocol, something India had resisted for several years. This is an issue in which Obama has invested personal stake to showcase the US as a climate leader. India's changed position was reflected in the joint statement, which read, "…agreed to cooperate on making concrete progress in the Montreal Protocol this year."

Refrigerant gases, used for refrigeration and air-conditioning, cause global warming. India is a growing market for these gases. It has consistently sought their phase-down be carried out under the new global climate agreement only once the alternatives are available cheaply and the compensation for replacing these gases is higher.

A new global climate agreement has to be signed this year at Paris. India and several other developing countries have demanded the agreement respect all provisions and principles of the existing UN Framework Convention on Climate Change, especially the principles of equity and CBDR. These two principles have the potential to protect India's developmental space even as it takes climate change action.

The US did not agree to insert these references in the Indo-US joint statement, as it would have to bear a far greater burden of emission cuts and providing financial and technological support to developing countries than it does at the moment. 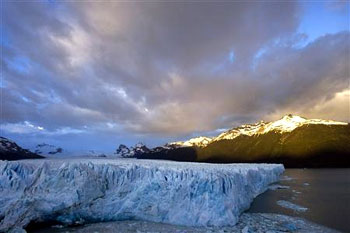 Summing the decisions and joint statement on climate change between the US and India, a senior Indian official said, "It did not go as bad as we feared but it was worse than what we hoped for."

"There was complete disagreement on language such as 'under the convention' and 'principles of CBDR and equity' in the paragraph on climate change in the joint statement. Therefore, it was mutually decided to drop the text and have a watered-down paragraph instead," said an Indian official privy to the backroom negotiations.

"Texts on the climate change issue (for the joint statement) have been exchanged almost 10 times in the past months. The US tried to link the power pact with climate change issues and make it a comprehensive package, presumably thinking we would be under pressure to deliver on one to get another. Eventually, it has come out as a weak statement," another official told Business Standard. "On the issue of HFCs (a family of climate-warming refrigerant gases), I am bit surprised why we gave away entirely," he added.

The US embassy did not respond to an emailed request for a response to the story. The emailed queries were sent late in the evening.

The failure of talks on climate change was evident when Prime Minister Modi gave an aggressive reply to a media query on India being under pressure on the issue, following the Sino-US announcement. "It's my feeling that the agreement concluded between the US and China does not impose any pressure on us. India is a sovereign country and there is no pressure on us from any country or any person," he said.

Before leaving, the US president got an opportunity to take on the Indian position publicly. In a speech at the Sri Fort auditorium here on Tuesday, he suggested India had to do more to fight climate change, claiming the US had already shown leadership on the issue. He said US emissions were at their lowest in the past two decades. Obama said, "I know of the argument made by some that it's unfair for countries such as the US to ask developing and emerging economies such as India to reduce their dependence on the same fossil fuels that helped power our growth for more than a century. But here is the truth: Even if countries such as the US curb our emissions and countries that are growing rapidly, such as India, with soaring energy needs don't embrace cleaner fuels, we don't stand a chance." He asked Indian youth to speak up (in favour of more climate action) as the world negotiated the global climate agreement. 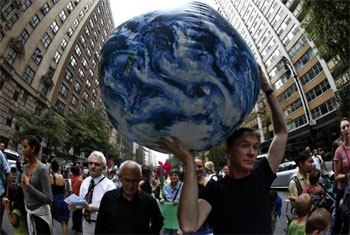 US emissions peaked by 2005 and, on a per capita level and historically, are still the highest in the world. The emission reduction plan the US had offered under the US-China announcement is weaker than the one offered by US in 2010.

"At the moment, on climate change, India expected US support for its developmental rights stated formally and then respected at multilateral forums, too (formal UN climate negotiations). This we did not get," said an official. "The government realised this during backroom negotiations in the past months. That made us (the Indian government) scale back from the preliminary internal discussions of what India could show-case as climate actions under a joint statement."

The official was referring to preliminary discussions within the government on whether India should provide targets and climate actions under a US-India announcement, similar to the way China had. These discussions included providing an indicative peaking year for Indian emissions, as well as sector-specific indicative targets.