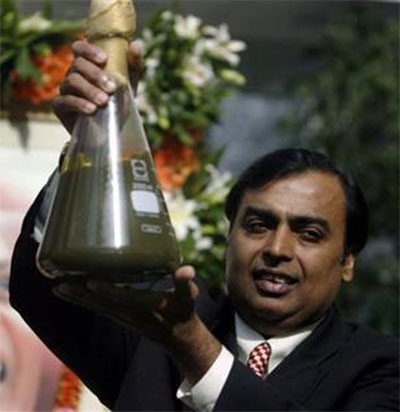 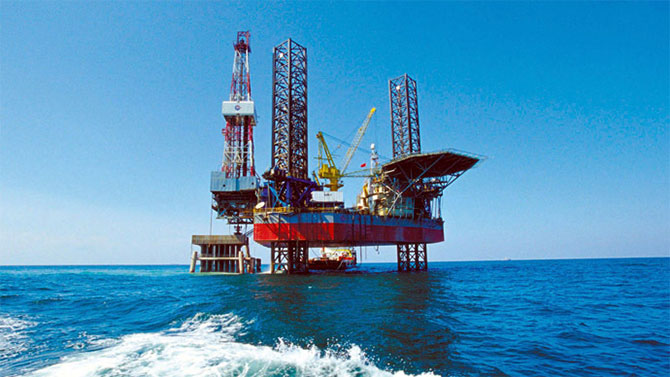 While the Ajith Prakash Shah Committee report on migration of natural gas from Oil and Natural Gas Corporation (ONGC)’s block in the Krishna-Godavari basin to the adjacent field owned by Reliance Industries Ltd (RIL) helped in resolving the dispute partially, it also flagged the lack of regulatory mechanism in the high-stake upstream sector.

The Shah panel points to three articles in the production sharing contract (PSC) signed by RIL and its partners with the government. These deal with situations where a reservoir extends outside the designated area for an operator.

What festered the dispute
It took 3 years to acknowledge the dispute
RIL and ONGC did not pursue joint development in overlapping fields
DGH, the sector regulator, said dispute resolution was outside its domain

These provisions lay buried in PSC, not only because the two firms lacked consensus on whether the natural gas was migrating, but also because the regulatory oversight mechanism, in the form of management committee established by the contract, overlooked the dispute.

Experts have been pointing out global instances where companies do joint development of overlapping fields. This helps in optimisation of development and production cost and allows for unitisation where volume produced from the overlapping area is divided among the operators. Such a joint development was possible under 5 elaborate provisions of Article 12 that deals with unit development.

“Since RIL did not pursue such a step, and it had not been given the migrated gas as a gift or largesse, its actions had no lawful justification and amounted to unjust enrichment,” the report said.

The panel found the only remedy available to RIL was to approach the government for joint development. The report says, “Articles 10.15 and 11.2 of the PSC functioned as a prohibition on the unilateral production of migrated gas.”

Article 10.15 of the PSC says if the development area under the field development plan (FDP) extends beyond the designated area or is outside the contract area, the management committee can ask the government to enlarge the development area. There is, however, a caveat that the extended area is not awarded to any other company.

Similarly, Article 11.2 on petroleum mining leasing for offshore areas allows the government to decide on including an overlapping reservoir in the development plan of an operator, RIL in the case of KG block.

But, since the overlapping area was already leased out to ONGC, the government could not have allowed it.

“There is also no other extra-contractual right granted to the contractor that enables it to produce gas, regardless of its source. In fact, a contractor is limited by the gas that is available in its clearly defined and demarcated contract area,” says the Shah panel report.

Clearly, the provisions in PSC were never used. The Directorate General of Hydrocarbons (DGH), a wing of the ministry of petroleum and natural gas, not only failed to implement the contract but also did not play the role of a regulator. It is argued that DGH has not been empowered as a regulator and it merely identifies blocks and conducts bidding, and hence dispute resolution was not its domain.

RIL made discoveries in the KG-DWN-98/3 block in 2002. An Initial Development Plan was approved in November 2004 and an addendum to the plan in December 2006. RIL drilled four development wells between December 2006 and November 2007 in the block and started production on April 1, 2009.

ONGC has two leases adjoining the RIL area. In July 2013, ONGC wrote to DGH stating that there was evidence of lateral continuity of gas pools of the ONGC blocks with that of RIL. Consequently, ONGC sought data on RIL’s block.

RIL and ONGC held a series of discussions and it was agreed that an independent consultant would be appointed jointly to carry out a study. But before a consultant was identified, ONGC filed a writ petition in the Delhi high court on May 15, 2014, against the Government of India, DGH and RIL.

The filing brought a sense of urgency since if ONGC had not gone to the court, the fact that migration was happening would not have been publicly acknowledged.

It still took two months for the two companies to appoint an independent consultant, DeGolyer & MacNaughton (D&M) in July 2015 to study the issue of continuity of reservoir and migration of gas.

The Delhi high court in September 2015 directed the government to take action on the D&M Report. The report established continuity between the gas pools and the migration of gas from the ONGC blocks to the RIL block.

The government chose not to decide on the report itself though the PSC gave it the right to do so. Instead, it constituted a single-member committee  under Shah to make recommendations based on the D&M Report. By Shah’s own admission, the panel had inherent “technical limitations” in giving a figure to the final value of the migrated gas produced by RIL.

“While the D&M report has to form the basis for the migration of gas up till 2015, subsequent migration of gas post-2015 has to be inquired into by the Government of India,” says the report.

RIL first decided not to take part in the proceedings of Shah Panel, but later agreed. It, however, questioned the ministry’s statutory powers to set up the committee. RIL said the government’s actions were restricted to what was permitted under the PNG Rules and the PSCs of RIL and ONGC.

It argued the appointment of the panel violated the doctrine of separation of powers under Article 50 of the Constitution, as it should have been left to a court of competent jurisdiction.

While RIL is likely to seek arbitration or go to court if the government decides to impose a penalty on it, ONGC is irked at the committee’s recommendation that the company does not have claim over this penalty since natural resources belong to the government.

The dispute not just took three years to be acknowledged, it came up in the most promising sedimentary basin of the country, reflecting a regulatory failure and an inability of Indian companies to opt for coordination rather than confrontation.