The growing divide between markets and fundamentals

Bulk of the rise in stock prices is due to valuation expansion rather than earnings growth, says Krishna Kant. 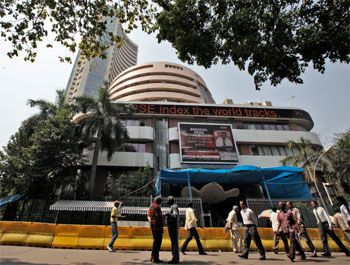 Do economic fundamentals drive the stock market or does the market set the pace for the rest of the economy? The question is getting louder by the day as Dalal Street has set a new record almost every week for nearly a year now. In the last 12 months, the benchmark BSE Sensex is up 41 per cent even though there has been no apparent change in the economic or business conditions on the ground.

Economic growth remains weak and seems to have settled at a low level, unless you believe the GDP data from the new series. The new series of data on India’s gross domestic product has projected a V-shaped recovery in economic growth with a further acceleration next year. The series has projected GDP growth of 7.4 per cent in FY15, much higher than the best earlier estimates of 5.5 to 6 per cent. This makes India the world’s fastest growing economy ahead of China.

A similar exuberance is, however, missing in either corporate numbers or industrial activity. The numbers from the Central Statistical Organisation suggest a continued moderation in domestic savings and investment.

Companies reported negative earnings and revenue growth during the third quarter largely due to a poor demand environment. Negative demand growth stopped manufacturing companies from taking full advantage of the moderation in the international fuel and commodity prices.

The combined net sales of around 3,000 companies across sectors (including financials and oil & gas) was 0.6 per cent on a year-on-year basis, for the first time in at least three years. Net profit adjusted for extraordinary items was down 6.3 per cent, the first decline in last five years. Industrial activity remains subdued with the index of industrial production (IIP) continuing to grow in low single digits.

None of this seems obvious if one looks at stock valuations. The benchmark BSE Sensex is currently trading at over 20 times its underlying earnings in the trailing 12 months, up from around 16 times a year-and-a-half ago. Obviously, a bulk of the rise in stock prices has been due to valuation expansion rather than secular growth in earrings.

At the current levels, valuations are back to what they were four years ago when the Indian economy was growing at over 8 per cent annually while corporate earnings were growing at over 20 per cent. Many analysts see a growing divide between markets and the fundamentals. “The stock market rally in the last one year cannot be justified by any single economic or corporate factor. Both industrial activity and corporate results suggest a low level of equilibrium in contrast to the market exuberance,” says Dhananjay Sinha, head – institutional research at Emkay Global Financial Services.

He expects further moderation in corporate earnings for at least the next two quarters and sees more earning downgrades than upgrades. Others are pessimistic, too. India Ratings expects corporate earnings growth to remain in negative territory for at least the next two years. “Most of the drivers of aggregate corporate profitability, except government spending creating fiscal deficit, may continue to exhibit muted growth in FY16 and FY17,” says Deep Narayan Mukherjee, director – ratings at India Ratings.

Further, high leverage and moderate-to-low capacity utilisation in most industries do not provide most private sector corporates the willingness and ability to spend on new investment, he added.

The only saving grace for corporates could be higher capital expenditure by the government and public sector as announced in the Budget, which has proposed a 35 per cent increase in the Centre’s planned expenditure for FY16. This may boost the earnings for companies in sectors such as capital goods and infrastructure.

“The Budget proposals, if implemented, may help in closing the gap between market expectations and the underlying macro and corporate fundamentals. We have to wait for a few quarters for the impact to be visible on the ground,” says G Chokkalingam, founder and CEO of Equinomics Research and Advisory.

A break-up of the rally, however, suggests that investors seem to be least worried about industrial activity or demand growth. Instead, they are betting on a decline in interest rates in India as it will boost bond prices, helping banks to make profit on their bond portfolios.

After betting heavily on Indian equity in 2013 and first half of 2014, foreign institutional investors have now shifted their focus to debt market. For the fifth month in a row, FIIs’ investment in debt (on annualised basis) exceeded their investments in equity. And their strategy seems to be paying off. The Reserve Bank has cut the benchmark interest rate by 50 basis points in two tranches in the last three months and more rate cuts are expected.

In the market, the bulk of the incremental rise in the Sensex is accounted for by financials, especially public sector banks – most likely to gain from a decline in interest rate. Financials now account for nearly 31 per cent of the Sensex, up from 25.7 per cent a year ago. Most of the demand-driven sectors such as FMCG, IT, power and metals have seen either a decline or a marginal increase in their exposure.

The rally is being driven by foreign investors betting on a reversal in India’s interest rate cycle. This should not be taken as a vote on the India growth story, say experts. 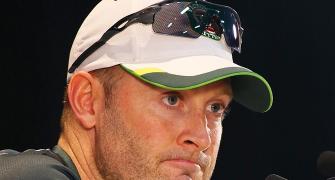 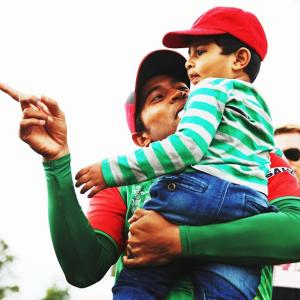 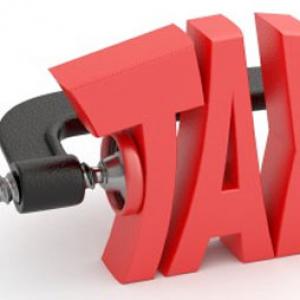