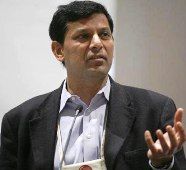 There is very little in the extensive plans that Dr Rajan laid out in his speech that can be questioned in terms of merits. Ultimately, by the end of his term, he may accomplish some of the objectives that he articulated and may fail on others.

Raghuram Rajan’s first public appearance as the new governor of the Reserve Bank of India earned him enormous approval, and deservedly so.

He has clearly come to grips with several issues and worked out at least the outlines of plans to deal with them.

Importantly, many of these are not directly related to the short-term macroeconomic challenges that he will have to deal with; rather, they relate to structural changes in the banking system, financial markets, the payments and settlements system and, particularly, in the structure of the RBI itself.

There is very little in the extensive plans that Dr Rajan laid out in his speech that can be questioned in terms of merits. Ultimately, by the end of his term, he may accomplish some of the objectives that he articulated and may fail on others.

But it is reassuring to know that he starts his term with an equal emphasis on the immediate situation and on the structural changes that the entire financial system needs to make.

On the former, he preferred to hold his thoughts to himself until the mid-quarter review now due on September 20.

On the latter, though, he charted an ambitious course, drawing on the agenda that the Committee on Financial Sector Reforms, which he chaired, had put forward a few years ago as well as other ideas and recommendations that have been debated for some time.

In doing so, he also showed his appreciation for the difficult trade-off between the 'popular' and the 'right' thing to do.

Many important reform measures that he proposed, while clearly in the overall interests of the economy, will rub some important segments of stakeholders the wrong way.

It makes absolute sense from a number of perspectives to eliminate the safety net that banks have in the form of the statutory liquidity ratio.

Why should they be mandated to hold such large amounts of government securities and, that too, with exemptions from mark-to-market requirements?

The Holy Grail of domestic debt market development, which Dr Rajan has been a vocal champion of, is hugely hindered by this device.

But as he begins to unwind it, he will meet resistance from the ministry of finance, because it will unquestionably increase the cost of government borrowing.

Similarly, the concept of on-tap licences for banks is a significant improvement over the current practice of issuing a few licences at a time and then closing the window for years, if not decades.

But, since a small number of licences bestow some degree of monopoly power on the winners, they will resist the attempt to lower entry barriers through a perpetually open window.

Perhaps his most important challenge will be to change the structure of the institution that he heads.

While adapting visibly to the massive changes in the environment over the past two decades, the RBI has preserved some key organisational characteristics, which impair its effectiveness.

Bringing in specialised resources at middle and senior levels, making it use technology far more efficiently and matching supervision techniques and capabilities with the ways in which banks now go about their business are but three of several priorities in this regard.

He will need to draw on all his considerable abilities to ensure that what was well begun is also excellently done.