Caught in a lull for years, the brand would finally see serious action, with a Chinese partner whose  core business is textiles, say experts 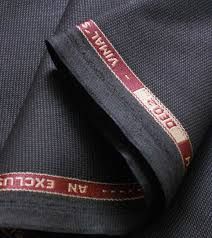 The announcement on Tuesday of the joint venture between Reliance Industries and China’s Shandong Ruyi Science & Technology Group put an end to years of speculation about the fate of Reliance’s textile business.

Focus had shifted to its other businesses with much higher margins and the original business with which the group had started, contributed less than 1 per cent to its revenues.

But the biggest beneficiary could be the flagship brand of the textile division, the iconic Only Vimal.

Experts say that Shandong Ruyi being one of the largest global textile players, with revenue of $3 billion, is expected to spare more attention to Only Vimal, the rechristened legacy brand that started in the sixties.

After all, Shandyong Ruyi has built brands of its own such as Harris Tweed and Taylor & Lodge.

More importantly, Reliance had begun to promote the brand in 2013-early-2014, again, in what can now be seen as a run-up to such a business tie-up.

There could be chances of cross-leveraging too, with Shandyong Ruyi taking Only Vimal to China and fortifying the Indian portfolio with its own brands. “The Shandong Ruyi JV will have a positive impact on Only Vimal as it will get the attention it deserves.

"The Chinese company can regain the lost glory of the brand over the next three to five years,” says Arvind Singhal, chairman of Technopak Advisors, a retail consultant.

A source close to the matter, who did not wish to be quoted, says that the brand will get dedicated focus, which was lacking earlier.

He says that with the heightened focus, the brand should see an increase in volumes on the back of more marketing spends.

Textile is the core business of Shandong Ruyi.

Reliance had been trying to bring the brand back to the forefront recently, after years of lull, through new ad campaigns highlighting a youthful range, called Unformal, in workwear.

Reports of the textile division being put on the block were already doing the rounds.

With fabric brands underlining the perfectly-tailored garment to make the customer stick with fabric-buying and not always go for readymade garments (most brands now offer tailoring at their stores, for example), Vimal, too, had to step up its marketing.

"We have been trying to revamp the brand in the last seven to eight years," Anand Parekh, business head of the textiles division of Reliance, had said earlier.

Vimal, as the brand was earlier called, was the first brand of the undivided Reliance, founded by Dhirubhai Ambani in Gujarat in 1966. It did well in the late-seventies and eighties, with massive expansion and some iconic advertising featuring young Bollywood celebrities of that time.

It started as a saree brand and later focused on suiting fabrics in the early-nineties.

But it got swamped by competition  such as Raymond, Siyaram, S Kumar’s, Digjam and OCM.

These players notched up better brand recall with more spends.

“There is a lot of opportunity with this venture as Only Vimal may now gain momentum with such experienced hands coming on board,” says Prashant Agarwal, co-founder and joint-MD of Wazir Advisors, a retail consultant.

However, the brand would see some action only after the JV gets the regulator’s nod.

Reliance, India's largest private sector company, will transfer its existing textile business and its brands to a newly incorporated company in which it will hold 51 per cent stake, according to the agreement.

The remaining 49 per cent stake will be sold to Shandyong Ruyi. Reliance would receive an undisclosed cash consideration. For Reliance, the textile business mostly has just sentimental value.

A Reliance statement issued on Tuesday said the JV would build on the company's existing textile business and wide distribution network in India, as well as Shandyong Ruyi's state-of-the-art technology and its global reach.

The JV will benefit from the strength of the Only Vimal and Georgia Gullini brands and Shandyong Ruyi’s well-known global brands would also be introduced.

The deal would enthuse other players from the world’s largest textile market, to look at investing in India, that was bereft of big-ticket investments for a long time, say experts.

Print this article
Vimal on revamp mode, targets No 1 position 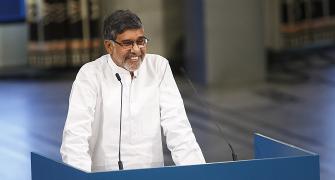 When Nobel laureate Satyarthi lost his speech midway through address 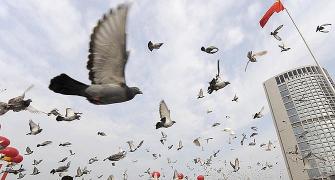 The big picture: 5 factors that keep China way ahead of India