With over Rs 15,000 crore in deposits, its strategy is a hit for now, but the real test will come when it starts lending to retail and corporate customers in a big way A few months back, when Bandhan Bank opened its first branch dedicated to high net worth individuals (HNI), it was quite a contrast to the erstwhile minimalistic image of Bandhan, the micro-financier.

Compared to the room-cum-residence (of field workers) microfinance branches of Bandhan in rural areas, the HNI branch came with a lounge, plush interiors, personalised banking facility - everything that constitutes a new-age private bank.

As Bandhan Bank completes one year of operations, it is striving to strike a balance towards its mandate of financial inclusion and profitable commercial banking.

In fact, Bandhan can’t afford to ignore its rural clientele that helped it get a banking licence, while the focus towards urban and rich customers is an imperative towards emerging as a universal bank.

“A poor woman will be wary to enter an air-conditioned branch, although she is always welcome there. Similarly, a rich customer will not want to enter a one-room branch. We have a customer-centric approach, with different products and services designed for different classes of people,” says Chandra Shekhar Ghosh, chairman & managing director of Bandhan Bank.

One year back, Bandhan started on a strong note when it launched 500 branches in one go. In contrast, IDFC Bank that too got a universal bank licence along with Bandhan opted for a soft launch with 23 branches.

In the last one year, Bandhan further added nearly 200 new branches, and plans to have a total of 850 branches by March 2017. This comes at a time when most banks are going digital, refraining from opening brick and motor branches.

“In India, people feel more comfortable in branch banking services. People trust it. Any new bank should have some presence through branch banking. Footfall is needed,” says Ghosh. Has the aggressive branch expansion policy paid off? In the one year of operation, Bandhan could garner close to Rs 15,500 crore in deposits. It has a customer base of 8.9 million, according to Ghosh, and 6,000 new customers are getting added a day.

The journey so far
Aug ‘15 Starts operations with 501 branches
Feb ‘16 Bandhan Bank launches international debit card and NRI banking
May ‘16 Opens its  first branch aimed at HNI
May ‘16 Discloses that it accrued net profits of Rs 275,25 crore for seven months from August 2015 to April 2016
Aug ‘16 Opens its second branch for HNI customers

To get deposits, Bandhan has been offering the highest interest rate at 8.25 per cent (with 0.50 per cent additional interest rate for senior citizens) on fixed deposits, which is around 25 basis points higher than the market rate.

Going a step beyond branch banking, Bandhan has launched a pilot to mobilise deposits through a door-to-door campaign.

“We have started a daily deposit scheme. Our people go to the market daily and collect deposits. They go to small shops, where people deposit money and we give receipts. This has started on a pilot basis,” says Ghosh.

At the same time, Bandhan Bank plans to foray into wealth management soon, a step towards holistic banking. According to Ghosh, almost 50 per cent of new customer acquisition is from the non-micro credit sector.

In fact, as a bank, Bandhan has to look at the non-microfinance sector for deposit mobilisation. With the average deposit ticket size between Rs 20 and Rs 60, the contribution of microfinance customers in Bandhan’s deposit pool is insignificant.

According to a research report by Religare, the bank issued 7.7 million debit cards till the end of FY16. The report adds, with average savings account balance low at around Rs 3,000, the total cost of savings account deposits, including operations costs (card/cheque issuance expense, branch and staff cost), would be substantially high.

“Higher savings account balance and retail deposit mobilisations, particularly from urban customers, are the key to reduce the overall cost of funds. In our view, savings account deposits for microfinance customers are not scalable and will come at high operating cost,” the report says.

On the credit or assets side, Bandhan remains predominantly a micro-financier - neither is the bank in a hurry to diversify. Of the nearly  Rs 16,000 crore of credit outstanding, more than 90 per cent is for microfinance operations.

“We need some time to venture into full-fledged retail loans. It needs time, capacity and market understanding. It also depends on market,” says Ghosh.

On a strong footing 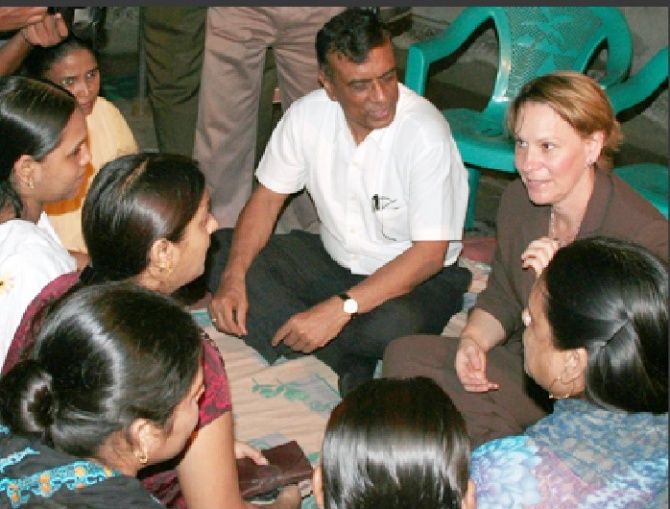 Bandhan’s capital adequacy ratio of close to 30 per cent is one of the highest in the industry. In the future, it needs to increase its business to maximize the returns on assets or else it might turn out to be an asset-rich bank with low business.

Notably, even though the bank does not need any extra capital for growth as of now, it will need to go for an initial public offering by 2018, as mandated by the Reserve Bank of India.

“Less capital and more business is better for returns. We need to increase business, deposit paced with advances. At the same time, we are not in a hurry for going in retail lending in a big way,” says Ghosh.

As of now, the financials of Bandhan do not call for any urgency in expanding the loan book beyond microfinance.

“As a microfinance entity, Bandhan operated in a low-cost model, with strong processes and highly disciplined staff. Its asset quality continues to be strong and return on assets is very good. Hence, it would be prudent for it to diversify only gradually,” says Vibha Batra, a financial sector analyst.

However, the litmus test for the bank will only be done when it starts looking beyond microfinance lending on the asset side in a big way. 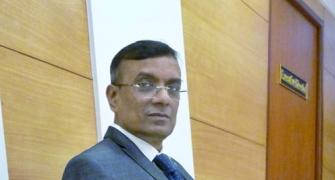 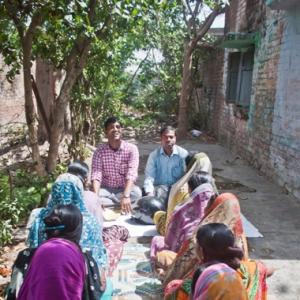 After Bandhan, another micro lender in Bengal eyes the big league