In a recent report, BofA-ML suggests investors to track these six event risks in July apart from the Greek drama 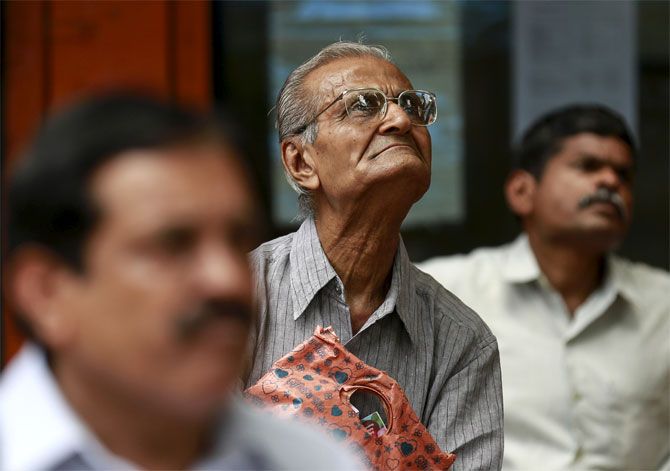 It has been a nervous start to July for the markets that were eyeing the developments across Greece. The first four trading days in July have seen the CNX Nifty move 1.8 per cent higher to regain 8,500 levels amid volatility. India VIX, a gauge of volatility in the Indian markets, gained 1.6 per cent to touch a high of 17.04 during this period.

In a recent report by Indranil Sen Gupta and Abhishek Gupta, India economists at Bank of America Merrill Lynch (BofA-ML) suggest investors to track six event risks in July apart from the Greek drama. They do not expect any early resolution of the Greece crisis with their Europe economists reporting rising Grexit risks.

"Our Europe economists note that Greece is already on the path of exit, with capital controls, limited liquidity and odds of IOUs increasing. A lot of mutual pride swallowing is needed to avoid Grexit, but it can still be avoided," they said in a July 7 2015, India Economic Watch report.

Here are the six events that BofA-ML lists:

May IIP: BofA-ML estimates that May industrial growth will slow to 2.8 per cent on July 10 from 4.1 per cent in April. "On our part, we think recovery should be back-ended as lending rates take about six months to support growth. We see GDP (gross domestic product) growth slowly bottoming out to 6 per cent (in the old series) in FY16 from 5.5 per cent in FY15," the report suggests.

June inflation: BofA-ML pegs consumer price inflation (CPI) at 5.4 per cent, higher than May's 5 per cent, which will be driven by higher prices of pulses; increase in service tax could raise CPI inflation by around 20 bps (basis points); and fall in petrol deflation to -2.6 per cent in June from -8.9 per cent in May that could impact CPI inflation by 10-15 bps. In this backdrop, they expect the Reserve Bank of India (RBI) cut rates by 50 bps by early 2016 with inflation well on track to its 'under'-6 per cent January 2016 target.

Monsoon / Rains: A good June is no guarantee for a normal monsoon as it accounts for only 15.2 per cent of the seasonal rainfall, cautions the report and expects a clearer picture to emerge by mid-July.

Parliament session: In the backdrop of recent political controversies, BofA-ML is not too hopeful that the GST or amendments to Land Acquisition Act will see a smooth passage in the upcoming monsoon session of Parliament beginning 26 July and suggests that the market is over rating the contribution of either legislation to growth.

"We believe that lending rate cuts, rather than reforms, hold the key to an immediate cyclical recovery by say, end-2015. Reforms will support growth only over, say, 5 years and so, it does not really matter where they are legislated in this parliamentary session or next," the report says.

Corporate results: Analysts at BofA-ML expect Sensex profit growth to recover to about 4 per cent in the June quarter from -0.1 per cent in March on standalone basis. Overall, they expect a turnaround from September onwards.

FOMC meet: The report suggests that the US Federal Reserve (US Fed) could give clues to the possibility of a hike in interest rates in the upcoming policy meet on 28/29 July. "Despite improving data, the bond market is pricing in only about a one-in-five chance of a rate hike in September," BofA-ML says.