News
Business
Movies
Sports
Cricket
Get Ahead
Money Tips
Shopping
Sign in  |  Create a Rediffmail account
Rediff.com  » Business » Rediff Q: Will this Budget be a gamechanger?

Rediff Q: Will this Budget be a gamechanger? Rediff Q: What are your Budget expectations/wishlist? 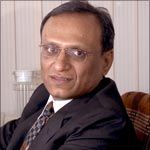 • Fiscal deficit in control for the next year as per FRBM.

• Aggressive growth assumptions for agri and manufacturing will be assumed.

• DBS and electronic payments for all government payments.

• Expansion of subsidy programmes for low income households, but at lower outlay through better targeting due to DBS.

• Tax on cash withdrawals from banks to equate the cost of using cash with electronic means.

• Ban on cash transactions above a certain limit.

• Increase in tax rebate for income below Rs 5 lakh.

• Reduction in corporate tax rate by 1 per cent and continuation of already announced programme to phase out tax subsidy/incentives.

• Highlight will be direct income transfer to BPL households -- food security and right to education programmes -- some fixed amounts to be transferred from the government to the BPL households. 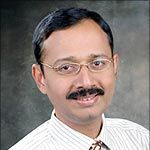 We expect the Budget for Mr Modi-led government to be very important and a gamechanger for India.

The economy currently has both headwind and tailwind pressures.

Headwind is coming from the protectionist actions by the US, challenges stemming out of Europe's economic woes, and growing Middle East unrest etc, while post demonetisation, many industries are still struggling to position back which are creating tailwinds.

On GST, the country is still not ready effectively.

Although 2016 had a good monsoon, it was not evenly distributed across all regions.

All these have already reflected in the stock market performance.

The mounting pressure can only make the government give some stimuli, both at the individual and macro level and infuse confidence in the economy.

So what do we expect?

The current slabs can also be revised in order to create enough liquidity for the common man and also help him to combat the inflation.

We expect increased allowance for NPS contributions. Redemptions from NPS can be made under Exempt, Exempt, Exempt (EEE) as we see the NPS to become a replacement for provident schemes over a period of time.

Education expenses can get more benefits: Education cost in India has increased significantly in the last 10 years. Currently, tuition fees are covered for exemptions. This can be further expanded to other costs involved in pursuing the education.

Healthcare needs high attention, especially for senior citizens: Healthcare costs have become very costly in India and the only way the common man can get effective healthcare is having proper health insurance.

This can be highly promoted by the government by increasing the premium paid exemption under Section 80D.

The current limit of Rs 30,000 on the medical expenses for senior citizens should be looked for an increase in the limit.

The medical expense allowance of Rs 15,000 can also be revised upwards.

Further benefits can be expected for first time home buyers: Current tax deduction of interest on home loans (Rs 2 lakh) can be further extended to promote growth in the real estate sector and encourage the common man to encourage his dream house purchase.

Tax rates may come down for corporates: We expect the current tax rate of 30 per cent to go down by 3 to 4 percentage points, which can hugely boost the profitability and equity market performance.

The government may look to remove other subsidies linked in a phased manner.

Employment creation may be high in focus: A renewed focus by the Government of India on Make in India would require substantial investments in infrastructure for investments.

There are more than 10 million young people aim to join the work force every year.

This means the government has both opportunity and a challenge of managing these young people.

So, we expect the government to provide more subsidies in setting up plants and provide incentives on tax on new businesses or manufacturing setups.

Agriculture may get renewed focus: Given we are fundamentally an agriculture economy, we may expect tax benefits in terms of reduction in VAT on pesticides and agriculture equipment.

Increased focus on connecting rivers to make rain deficit areas to be irrigational lands could be on a high priority for the government.

So we can expect larger allocation towards agriculture this year.

Public expenditure towards strengthening infrastructure can also be expected in this Budget.

We may also expect higher allocation towards power, urban infrastructure and roads development.

Public private partnerships may be given a boost with attractive tax benefits.

Creating a paperless economy could lead a lot of incentives for start-ups.

As most of the start-ups in India are online models which can reach any corner very quickly, there may be further incentivisation on funding to create a start-up economy culture and boost employment. 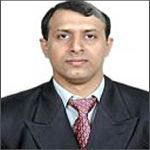 My personal expectations from the Budget are on lines of broad basing or widening the net to include more assessees.

This should be done by implementing more of a positive and inclusive approach on one hand and fear of law on the other. Specific expectations are as follows:

• Set up funds to upgrade/enhance security of electronic payment systems and innovate to reduce the cost of transacting.

• Reduce the rates of taxes across the board for individuals and corporates.

• Enhance the slabs of tax so to put more money in the hands of individuals.

• Do not change the rule of taxation for long term capital gains of equities.

• Bring parity to the rate of interest payable by the government on refunds to tax payer vis-a-vis that applied on tax demands.

• Remove exemption of tax on donations made to political parties and implement donations only through banking channels.

Rediff Q: Do you expect the finance minister to fulfill your Budget wishlist/expectations?

As mentioned earlier, there are headwind and tailwind pressures on economic growth plus the central elections due in 2019.

Although demonetisation has got appreciation from all corners, critics continue to find loopholes in the action.

GST implementation is also in high focus this year, so the government has to find ways to cool down the economy and prompt growth.

Providing benefits via tax exemptions and increased public spending to prompt growth is more of a requirement than an expectation.

If so, managing the fiscal deficit (which reached 93.9 per cent of the Budget target for nine months versus 87.9 per cent last year) within the target of 3 per cent by FY17-18 may be difficult and it can go up to 3.25 to 3.5 per cent this year if various benefits are showered.

Yes, it can be a gamechanger.

Modi's government has been in the limelight for its surprising actions and programmes. Be it Make in India or demonetisation or the Benami Act, Modi's government is focussed on creating long term impact.

We think, the foundation is set. Also, global economic worries have made us become more inward looking.

The economy requires a small push in terms of incentives, infrastructure and employment.

Yes, the Budget would be a gamechanger for the Indian economy, which was initiated with the demonetisation action.

Follow through actions are only but naturally required to sustain the momentum. 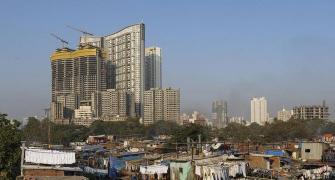 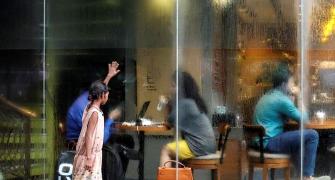 Budget may skip the big-bang route 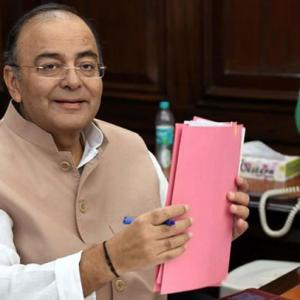 In a first, FM authors a section of Economic Survey 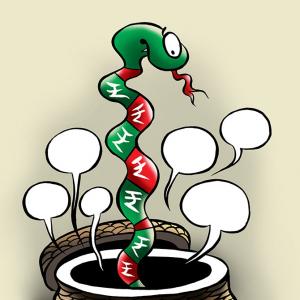