Etihad has emerged the fastest growing international airline to India with 55 per cent capacity addition over last August.

Jet Airways remains the number one airline serving foreign routes from India based on the number of seats offered and passengers flown.

Air India and Emirates rank second and third in both categories. According to a report on anna.aero, a website that analyses airline route planning, Etihad is deploying 29,971 one-way weekly seats from India to Abu Dhabi in August, an addition of 55 per cent over the same month last year.

Etihad Airways added a third daily flight from Mumbai to Abu Dhabi and a daily service from Kolkata to Abu Dhabi in February.

In addition, a third daily flight was added from New Delhi to Abu Dhabi in May.

The second and third fastest growing airlines on foreign routes are Air India Express and Thai Airways, according to anna.aero’s report. Air India Express has added flights to Muscat, Dubai, Doha and Kuwait from Mangaluru and Kozhikode, thereby increasing its fleet utilisation. 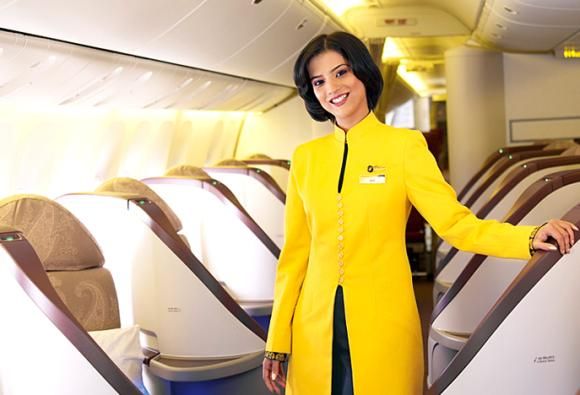 Emirates remains the largest foreign airline serving India with over 60,000 seats per week and the Dubai-based airline has added nine per cent capacity to India by over last August.

The only top airline reducing capacity in August is Singapore Airlines, according to the website. Image: A stewardess posing for a photo in the business class cabin Airbus A380 superjumbo after it landed in Singapore. Photograph: Reuters

Singapore Airlines’ seat capacity from India is lower by 2.1 per cent because of a change in aircraft on the Singapore-Kolkata route.

The change was being made in view of seasonal demand, a Singapore Airlines spokesperson said. 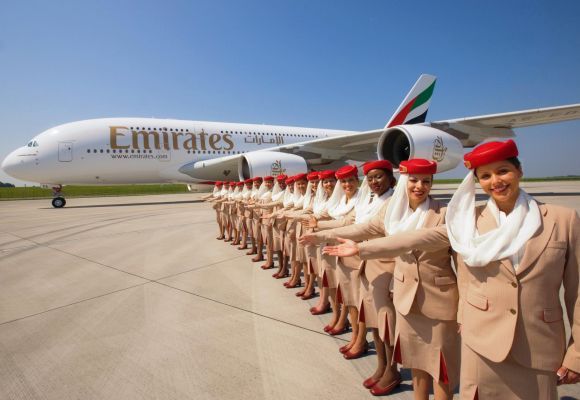 TOP 10 CARRIERS ON FOREIGN ROUTES (based on weekly seat capacity)